What Are the Risks of Addiction During Pregnancy?

Currently, there are no states that mandatorily drug test infants upon birth. However, some states will drug test if certain red flags are present in the parents or if the newborn baby exhibits unexplainable signs of withdrawal or distress.

Testing newborns for drugs at birth is very controversial. However, if signs of fetal drug exposure are present or the hospital decides to test your infant for drugs, your baby may be taken away. Remember that this decision is based solely on the type of drug detected in the newborn’s system.

If you are struggling with addiction during pregnancy, call (888) 906-0952 to ask a rehab specialist about drug and alcohol treatment while pregnant.

The Problems Associated With Drug Use During Pregnancy

Generally, people who misuse substances can suffer from long-term effects, especially from hard drugs like heroin, fentanyl, or meth. Similarly, expectant mothers misusing substances can develop several of health complications that can affect both mother and baby.

These problems can include:

Furthermore, taking drugs during pregnancy can cause the following complications:

Children that have mothers who used during pregnancy can also suffer from problems later in life, including:

What Can Happen to My Pregnancy if I Use Drugs?

First, it increases the mother’s risk of:

Medical professionals seek to protect mothers and newborn babies because of these adverse health effects on young infants.

Do All Drugs Affect Unborn Babies the Same Way?

Which Drugs Are the Worst for Unborn Babies?

Heroin, fentanyl, and other opiates can cause severe withdrawal in the baby. However, the magnitude of opiate withdrawal symptoms is dependent on the amount of drug the most is regularly consuming. Symptoms can last for weeks; these babies are also at a higher risk for apnea, where they stop breathing.

Drugs such as Adderall and other stimulants are direct causes of miscarriage and preterm birth. In addition, the newborns exposed to these drugs during pregnancy often exhibit withdrawal, jitteriness, trouble feeding, and trouble sleeping.

Moreover, meth use while pregnant is very concerning and scary because meth is challenging to stop using. Mothers concerned if their baby will be taken away for meth use need to seek help immediately. Later in life, these babies can also suffer from tremors and muscle tone complications. In addition, these babies are also at higher risk of dying from Sudden Infant Death Syndrome (SIDS).

Cocaine use during pregnancy can lead to possible miscarriage, preterm birth, premature detachment of the placenta, high blood pressure, and stillbirth. In addition, these newborns exposed to cocaine are also likely to be born at low birth weight, and the risk for SIDS increases substantially. In addition, the effects of cocaine on the baby may include slow growth, hyperactivity, behavioral problems, and learning (developmental) problems.

Is There Any Help for My Addiction During Pregnancy?

However, if women can seek medical help to stop taking opioids in their first trimester, they dramatically increase their chances of having a healthy baby. Mothers also choose to go on Medication-Assisted Treatment (MAT), where they may receive regular doses of methadone or suboxone. If you’re wondering if they’ll take your baby away from you for heroin use, the answer is that it’s possible, and the chances are high.

What Do I Do if My Baby Tests Positive at the Hospital?

Despite the joyous event of a newborn, it might feel like it’s the end of the world if a baby is born with drugs in their system. However, when confronted by hospital staff or social workers, how the mother behaves will affect how the situation will go. For drugs like marijuana, many states do not call child protective services. However, for other illicit or non-prescribed drugs, the hospital medical providers will report the mother to the state child protective services agency (CPS). Drugs like methamphetamine, cocaine, heroin, and fentanyl are always reported to CPS. Once a baby tests positive, the best action,n is, to be honest. Mothers love their children more than anything else and must be open to getting the right help. A child born with drugs in their system is a big deal, but people who let their doctor and social worker know they struggle with drug use can help maintain child custody. It is okay to admit if there was too much shame to ask for help.

What Do I Do if a Social Worker Shows Up at the Hospital?

The thought of a social worker approaching you after giving birth is scary. However, a social worker should be treated with respect. If you’ve tested positive, it’s best to take responsibility. When you take responsibi,lity the social worker will likely provide you with options to get addiction treatment and maintain custody. Child protective services give parents a chance to raise the child unless they have an ongoing history of child neglect, abuse, or drug use that has resulted in the removal of other children. The caseworker assigned to a mother’s case is not an enemy but an ally. Their job is to do what is possible to help the mother become healthy to provide a safe and loving home for their child.

Drug Use or Addiction During Pregnancy Laws by State

Many women have been accused of child abuse, among other crimes, due to their newborns being tested positive for controlled substances. Laws on drug testing mothers and their newborns vary from state to state; however, the risk of testing positive for illicit drugs makes using extremely high risk. In some places, mothers may lose their babies or be subject to arrest.

The states that consider drug use during a pregnancy a crime are:

Furthermore, 18 states have laws that say the mother can be charged with child abuse for using drugs while pregnant.

Tennessee is the only state with an actual statute that makes it a crime to use drugs while pregnant. In Alabama and South Carolina, the prosecution of pregnant women who use drugs and new mothers is likely. The charges can range from child endangerment to chemical endangerment. Since 1973, at least 45 states have attempted to charge women for drug use during pregnancy. Exposing an unborn child to illicit drugs is not looked upon favorably.

The states where women have not been charged for drug use while pregnant are:

States with Involuntary Commitment and Detainment for Addiction During Pregnancy

Some states consider drug use during pregnancy grounds for civil commitment. Women who use drugs while pregnant can be involuntarily committed to a drug and alcohol treatment program. Authorities can send women to a rehab treatment center without their consent. Those states are: In Wisconsin, they can force the mother into a treatment center against her wishes and have the legal right to detain the expectant mother until she gives birth. The state also provides the unborn child a lawyer whose duties are to advocate for the child. If addicted expectant mothers do not recover, they can lose child custody quickly after birth.

States with Mandatory Reporting for Addiction During Pregnancy

Fifteen states require mandatory reporting by doctors and healthcare workers when they suspect a pregnant woman is addicted to illicit drugs and used during pregnancy. Those states are: In these states, medical professionals are not required to have proof of these allegations. However, they are allowed to do testing to prove that suspicion.

The states that are required to do a drug test if the healthcare worker is suspicious are the following:

I’m Struggling with Addiction During Pregnancy; What Do I Do?

Here is an action plan to get help if you’re pregnant and addicted.

There is Always Hope for Addiction During Pregnancy

No matter a person’s situation, hope and help are always available. But, overall, the bottom line is the mother’s and child’s health. Local authorities do not want to take babies from their homes but rather help and heal addicted families. Addiction during pregnancy is a disease, and both persons deserve treatment and healthy life. 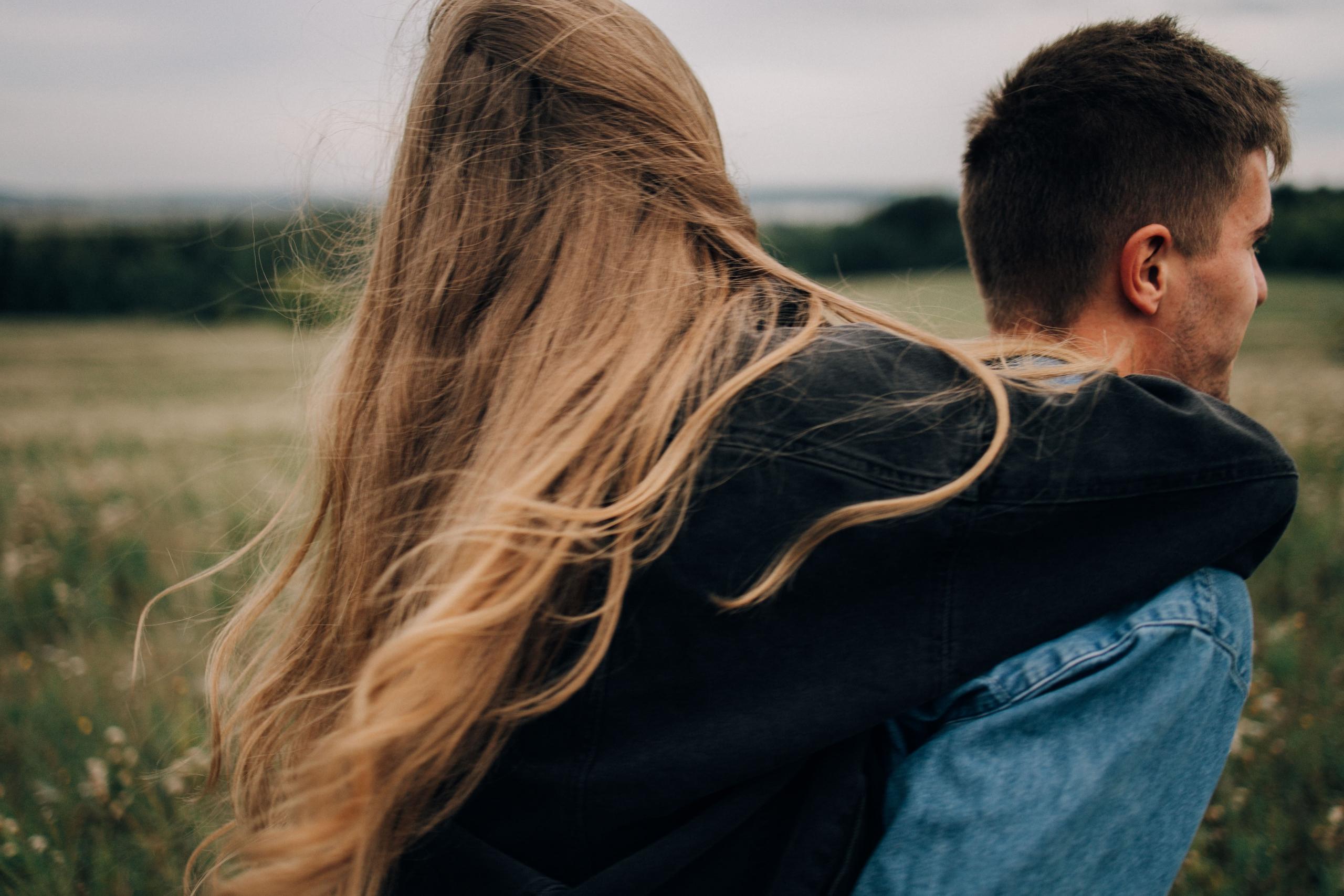 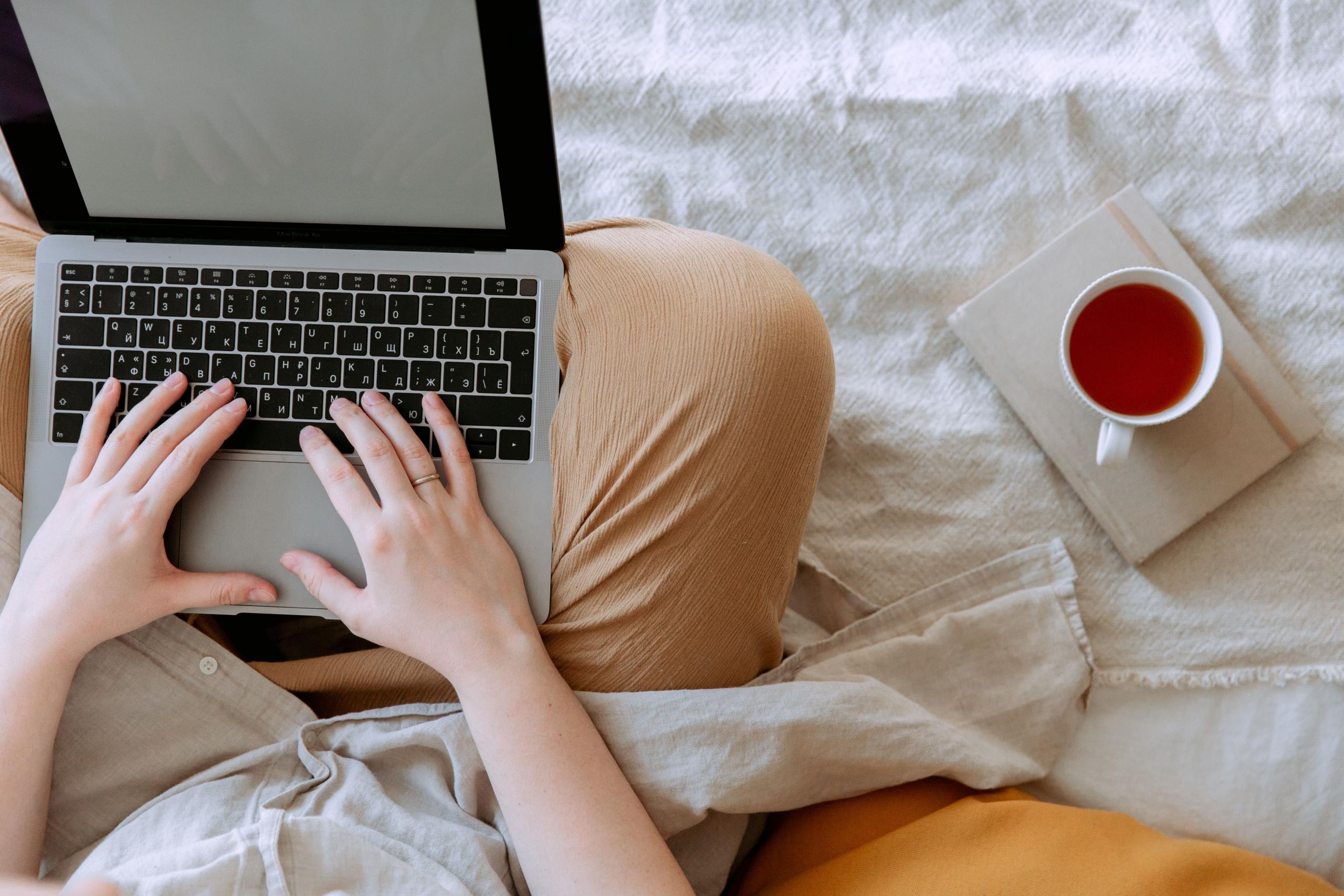 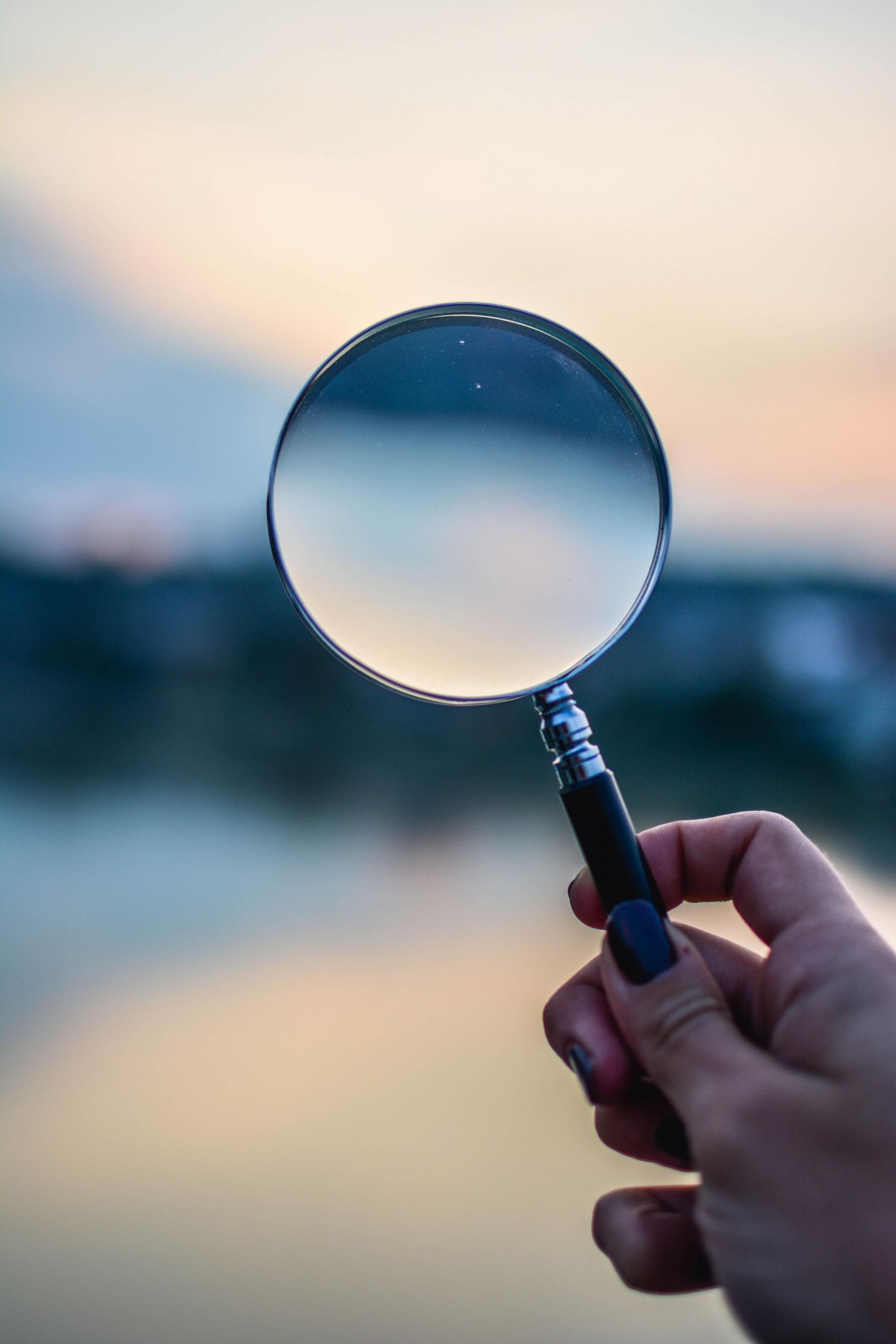 Reading Time: 6 minutes Carfentanil is a drug that has begun to play a role in the many overdose deaths across the United States every year. If you or 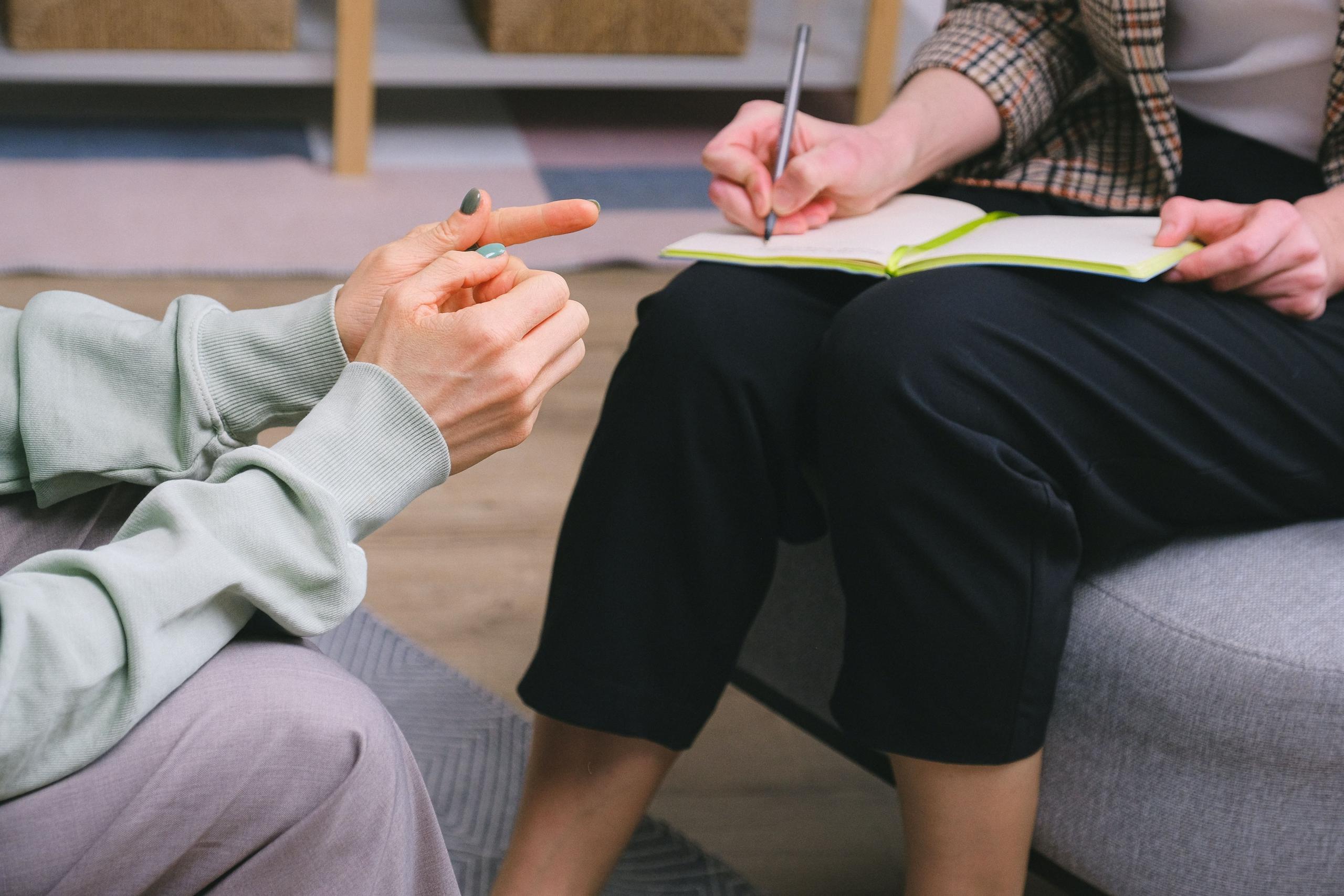 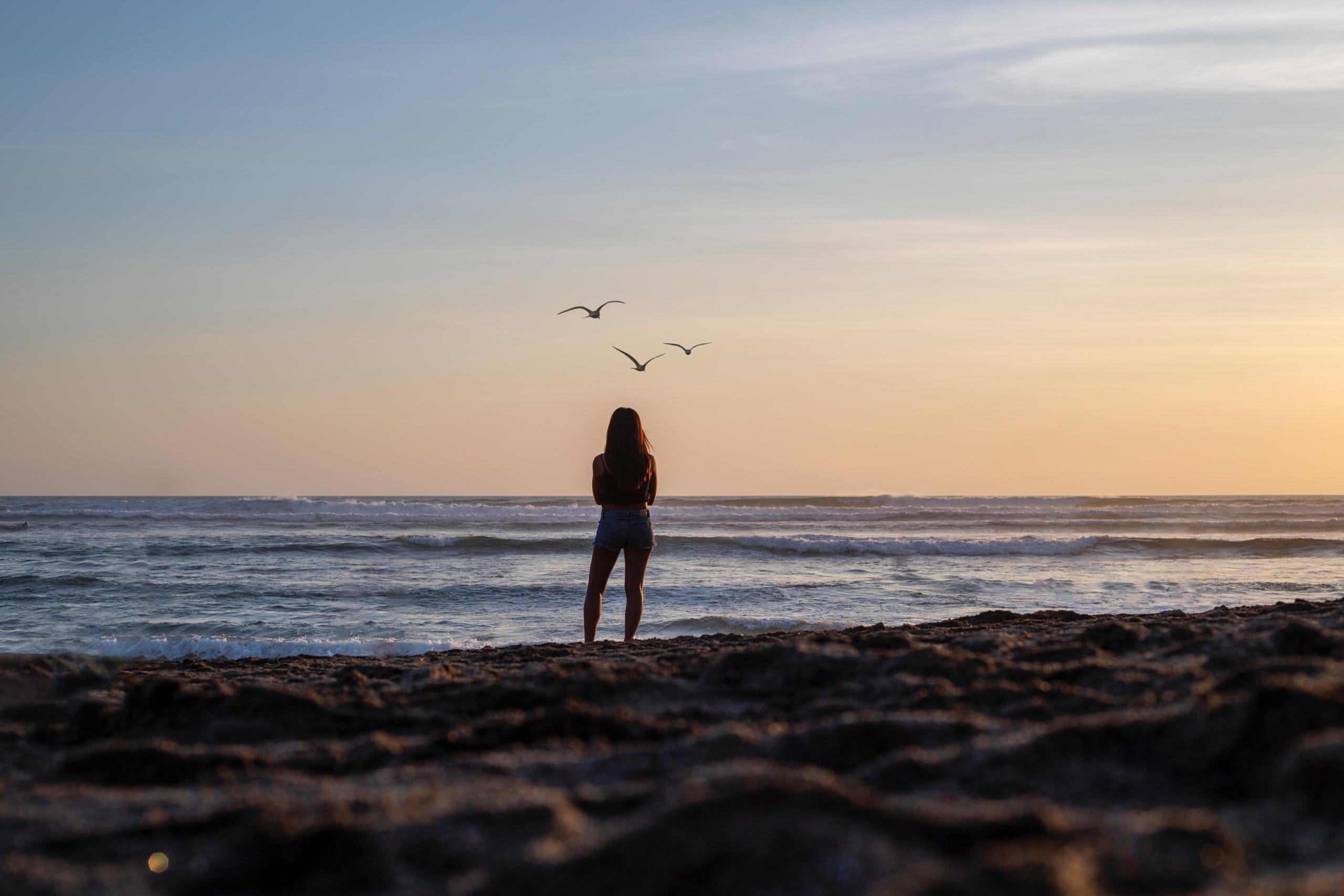 Reading Time: 7 minutes Once a person has decided to get treatment for their addiction, they may be unsure what route to take to recovery. One of the routes