Social media is now a seemingly ingrained part of our lives. And as for teens, whether they are at home, work, in school, shopping with friends, or visiting family for the holidays, their eyes are frequently fixed on their screens.

The good part of this is that we’re more connected to each other than ever before.  The bad is that social media connections aren’t the same as socializing in real life.

Social media serves as the primary authoritative figure for essentially anything and everything: advertising a slogan, marketing a client’s product, issuing the name of a new organization, and circulating the latest celebrity gossip.

The list goes on. Given how widespread and dominant social media is, it makes sense why it is one of the biggest influencers on youths: their fashion, taste in music, lifestyle choices, and career paths.

Though social media can encourage many good behaviors and deeds, it can also encourage bad behavior. An explicit example of this is media references to drugs and alcohol that glamorize substance abuse.

Are you worried that your teen is soaking in social media’s influence on substance abuse? Call us today at 1-888-906-0952. We can get you started with the information you need to help your child understand drug dangers. 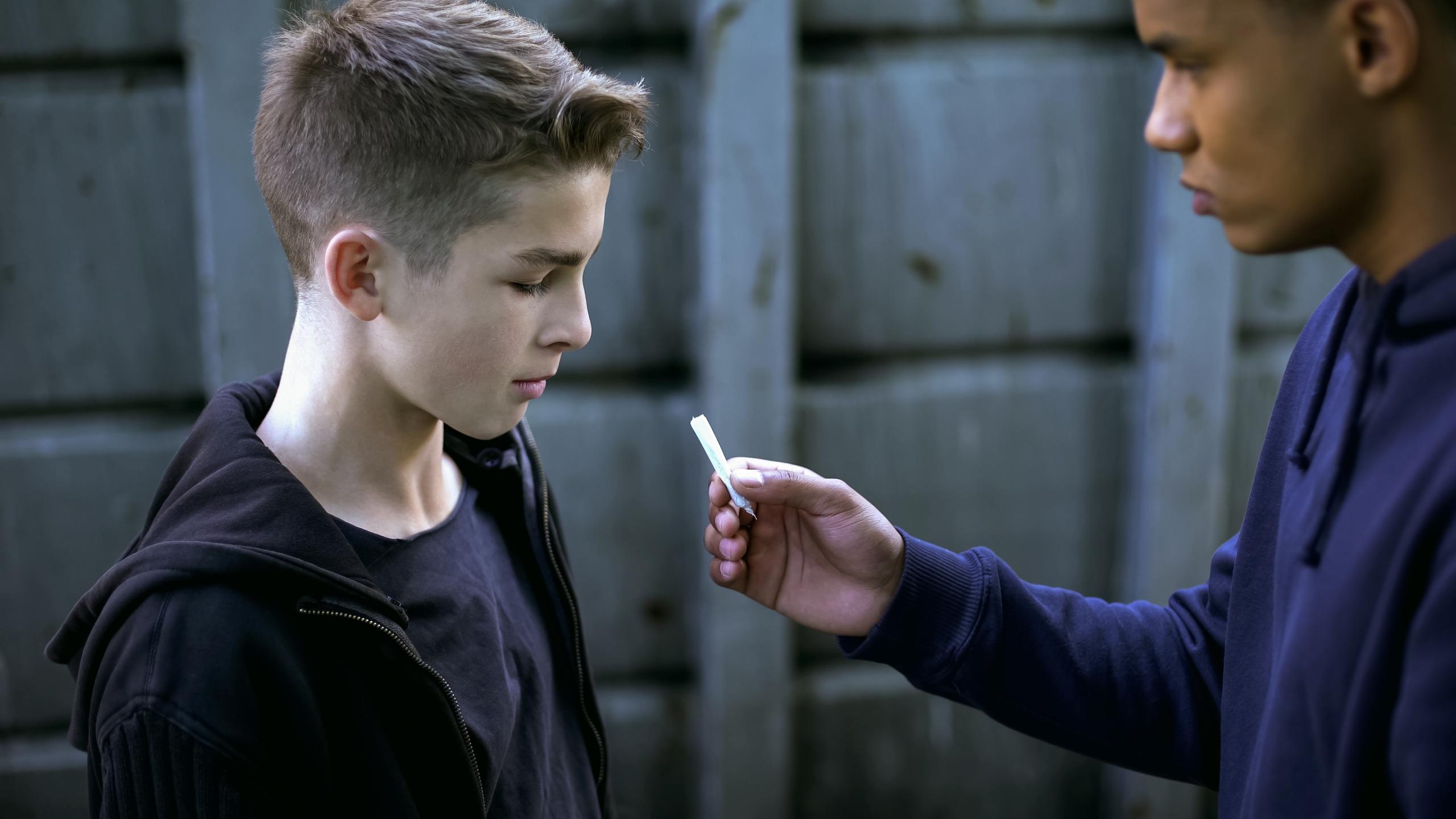 Substance abuse is characterized as a precarious pattern of misusing any substance. Substance misuse often leads the user to become obsessive and dependent, creating a ripple of hostile behavior or changing their character.

Substance use is damaging to any age, but especially for those who are underage. According to the Substance Abuse and Mental Health Services Administration, those who engage in underage substance abuse are more likely to suffer from the consequences.

This includes engaging in risky behavior, suffering from a serious injury (mentally or physically), contracting health problems (short-term or long-term), and further using substance materials at a more dangerous rate.

According to the Centers for Disease Control and Prevention, alcohol, marijuana, and tobacco are most commonly used by adolescents. By 12th grade, approximately 67% of students have tried alcohol. Roughly half of 9th to 12th-grade students report having used marijuana.

About 40% of 9th through 12th-grade students report having tried cigarettes, and, lastly, among 12th graders, approximately every 2 in 10 reports using prescription medicine without a prescription.

Moreover, though it is against the law to consume alcohol before the age of 21, studies show that adolescents between the ages of 12 and 20 ingest approximately 10% of all consumed alcohol in the United States.

The correlation between social media influence on substance abuse is uncanny. Yes, it is not unheard of for teenagers to experiment with drugs and alcohol. However, just because it is not unusual does not mean it should be encouraged or is worth promoting.

Social media platforms and websites (Twitter, Facebook, Instagram, Tumblr) take advantage of their influence on teens in many ways. The most insidious of these is that they invite teens to experiment and, ultimately, be exposed to dangerous substances. List a few, such materials include alcohol, tobacco, e-cigarettes, and other illicit drugs.

When teens see or become exposed to such material, they become susceptible to its influence and harmful effects. This stems from a desire to emulate the glamor or excitement they see on social media.

The National Center on Addiction and Substance Abuse at Columbia University conducted a study on teenagers who use well-known social media outlets. In their study, the researchers found that more students were likely to drink, use drugs, and buy tobacco than adolescents who either did not use social media or used it less frequently.

The survey asked 2,000 adolescents about their drug use and social media habits, and 70% said that they use social media every day. Researchers found that, compared to nonusers or infrequent users of social media, this group was:

According to a study conducted by the Center on Addiction, teenagers who frequently visit social media sites depicting images of “kids that are drunk, passed out, or using drugs” are more likely to engage in tobacco, alcohol, and marijuana use.

Roles of Communities and Schools

Social media imposes a powerful role in the daily life of teens. They are perpetually attached: eyes to screen and fingers are scrolling up and down. Whenever a student is feeling down, one of the first things they will do is go on their social media outlet and search for something to comfort them: an image of their favorite quote or something from the past.

Maybe they search for a distraction to keep their head away from what is bringing them down. Perhaps they are looking to contact someone on their social media. In a way, one could say social media helps shape today’s teens in more ways than anyone could imagine.

Social media influences teens on alcohol and drugs with enormous ease. To keep up, other vital roles that play a part in a student’s life need to step up.

One of the other primary roles that play a part in shaping today’s teens is the community. This includes family, friends, neighbors, and relatives. People who are constantly interacting, seeing, and visiting each other are the ones who deeply care about one another.

If a parent or guardian is aware that their teen is intrigued by watching their classmates or other people use drugs or drink, they should consider getting involved. Genuinely approach the student with concern and compassion.

Sit them down and ask open-ended questions about substance use. Why are they watching those videos? What makes it cool? Do they know the harmful effects of using substances like alcohol, drugs, tobacco, and marijuana?

Have they ever attempted to or did use them? While it may feel awkward, asking your teen questions like this is an excellent way to show you care. It could also give them a chance to understand the dangerous path they’re on.

A second primary role that plays a part in shaping today’s teens is school. A teenager’s school is most likely associating with others who share the same interests, including substance abuse.

A student’s community and the people they surround themselves with play just as much of an influence and role in their lives, which will help shape them and their behavior.

Call us today to discuss your teen’s substance abuse problems.

Keeping teens safe online and away from media references to drugs and alcohol is difficult. They typically want their social lives to be private, which is a natural part of growing up. As teens get older and begin to mature, the more privacy they will want.

Because of this, parents or guardians often withdraw themselves from monitoring their social media use. Adults usually trust their teens to be conscious of what they search or watch online.

Though the notion makes for some uncomfortable conversations, parents must monitor their teens’ social media use. How else can you be aware and respond to a teen visiting social media channels or websites that encourage substance abuse?

However, this doesn’t mean you should spy on them.  The best thing you can do is talk to your teen and listen to what they say.  Please pay attention to the things they like, the people they follow, and the channels they watch. You can do your own research at that point without making your teen feel like you’re violating their privacy.

Important to note that there are also some very good guides on internet safety for kids and teens.

Maintaining good and open communication between parents and teens is vital to keeping them safe from social media influence on substance abuse outlets.

Make them aware of the threats that are continuously surging the internet and teach them how to avoid them. Teach them the damage and many harmful effects that are associated with and linked to substance use. How can we expect today’s teens to know what is safe and not if we are unwilling to teach them?

To better prevent social media influence on substance abuse, one should consider creating a set outline of online behavior rules and expectations. Build a list of websites that are both prohibited and safe for them to visit. Have them keep you in the loop of their social media. It’s also not a bad thing to remind teens of practicing safety when going on the internet.

Such practices include not sharing any personal information (address, phone number, or full name), not allowing anyone else to use their device (cell phone, tablet, or laptop) while still logged in to their accounts, not to converse or accept friend requests from strangers, not to download anything without first asking permission from a parent or guardian, and do not post or share inappropriate photos online.

To help limit teens’ interaction with social media and drugs, parents can install parental control apps. This is a form of protection that continuously proves effective by preventing teens and students from accessing content and websites that would be harmful or inappropriate.

Substance abuse is not something that will benefit a teen – no parent wants to see their child addicted to anything. Substance abuse hurts both the user and those around them, for adults and adolescents alike.

Today’s teens should not have to think they have to use substances to be considered cool.  They should never feel like using a drug or drinking alcohol will make their life better, less painful, or stressful. Their favorite celebrities, influencers, and role models should be more conscious of posting images or videos of themselves engaged in substance abuse, especially if they have younger fans.

If you or someone you know is using any substance material or is suffering from substance abuse, please call 1-888-906-0952. Do not let the influence of social media have more authority over today’s teens or their parents. 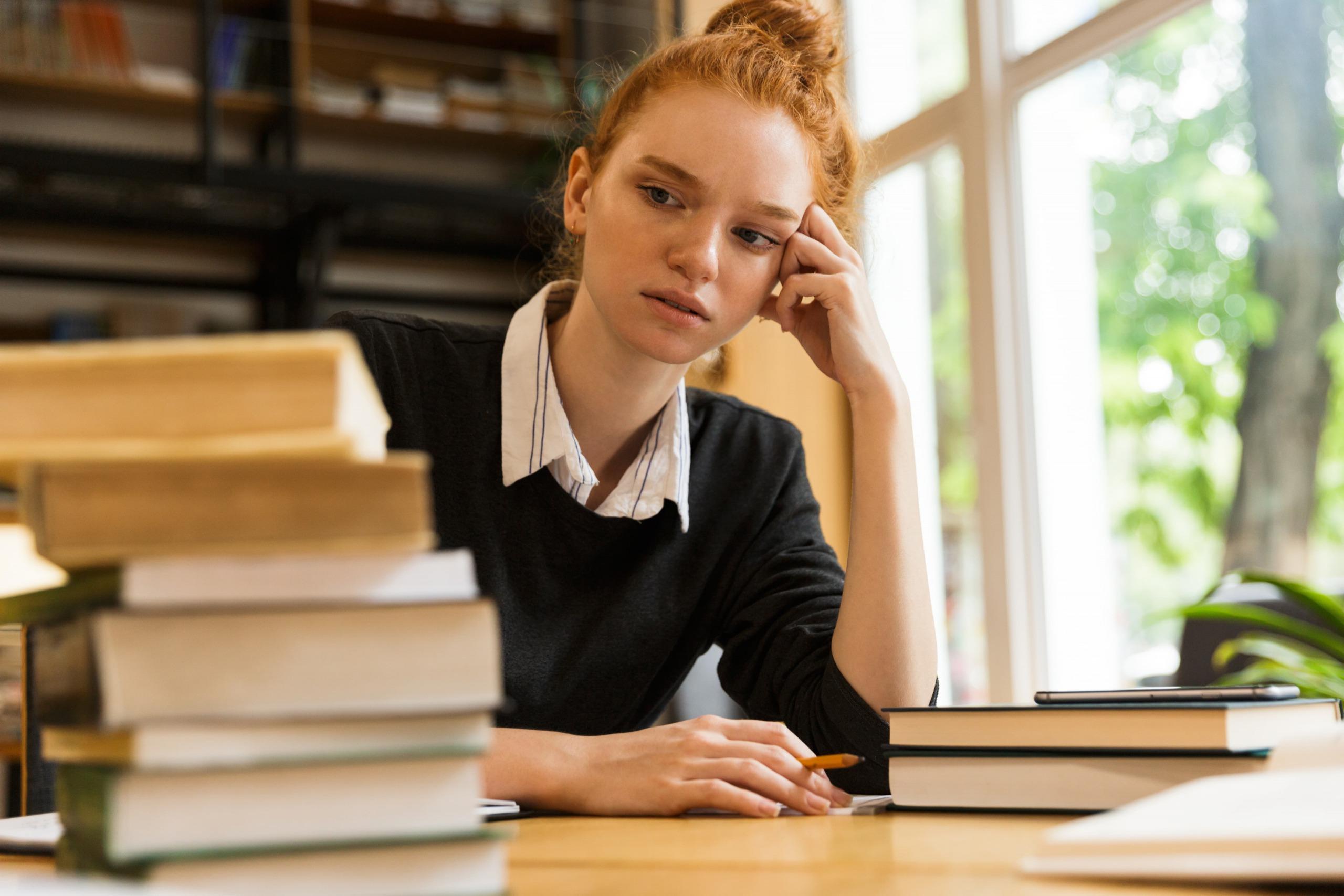 Reading Time: 7 minutes Study drug addiction is prevalent among students who feel intense pressure to achieve academic success. Experimenting with drugs, both prescription and illicit is standard among 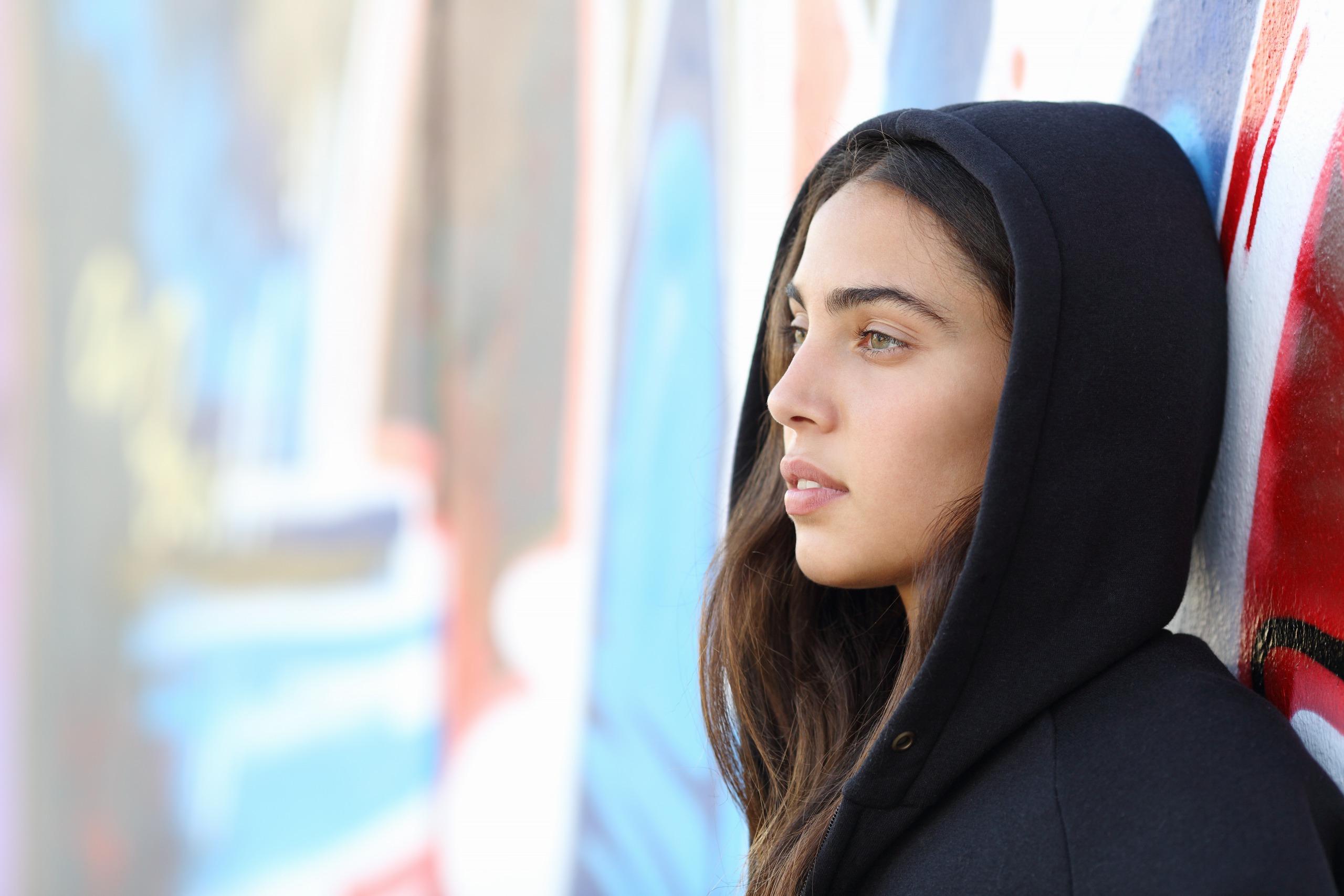 Reading Time: 7 minutes Is my teen using drugs? This is a question that many parents have to ask themselves. In 2018, the National Center for Drug Abuse Statistics

Reading Time: 6 minutes In recent years, marijuana use has been viewed in a new light. Studies have shown marijuana to have medical benefits, allowing medicinal marijuana to become