Get help for addiction and find treatment resources.

Mushrooms containing psilocybin, a hallucinogenic compound, can be found growing naturally in the subtropical parts of most continents in the world. They thrive in humus-rich soil with other species of mushrooms, some of which look similar, but are toxic.

Psilocybin acts on the brain’s prefrontal cortex, which maintains its abstract thinking and thoughts. It’s also largely responsible for perception of reality and mood changes. This hijacking of the prefrontal cortex takes the mind on a roller coaster ride of altered time perception, visions, introspection and confusion. It can be a profound experience if you’re lucky, and a terrifying experience if you’re not.

In 2014, 1.2 million people, aged 12 years or older, admitted to using psilocybin. Just over 500,000 of these people were between 18 and 25 years old and 535,000 were over 26. Many of these people mistakenly assume that psilocybin is harmless because it grows from the ground and is not considered addictive. However, it is prone to generate psychological dependency in which regular use of the drug becomes habit-forming and difficult to cease on your own.

Substance abuse treatment is the best solution for someone struggling with the near constant compulsion to take psilocybin. If underlying health concerns are contributing to the psychological dependency, specialized treatment will tend to these concerns, which helps to avoid relapse after treatment. An aftercare plan will be designed for your success in treatment. Psilocybin is a significant part of pop culture and can be found in different media from music to movies. Your aftercare plan will help you to face resulting cravings with a pre-determined action plan if necessary.

The hallucinogen psilocybin is a chemical found in specific kinds of mushrooms.

What is psilocybin’s origin?

Mushrooms containing the chemical psilocybin are found in the United States, Central America, and Mexico.

What are psilocybin’s common street names?

How is psilocybin abused?

Mushrooms containing the chemical psilocybin are abused orally. They can be eaten or chewed whole, brewed into a tea, or combined in other foods.

What is psilocybin’s effects on the mind?

Mushrooms containing the chemical psilocybin cause panic and psychosis in large doses, and hallucinations and trouble distinguishing fantasy from reality when taken in smaller doses

What are psilocybin’s effects on the body?

What are psilocybin’s overdose effects?

An overdose of psilocybin can cause psychosis, poisoning (if incorrect mushrooms are consumed), intense “tripping”, and possibly death.

Which drugs cause similar effects as psilocybin?

Psilocybin shares similar characteristics with Mescaline, Peyote, and other Hallucinogens.

What are the withdrawal effects of psilocybin?

When the user stops taking psilocybin, he/she could experience withdrawal symptoms such as

Get help for addiction now

We can help you navigate things like insurance, programs, and get you help immediately!
Call The Helpline

Over 150 mushrooms contain the ingredient responsible for causing hallucinogens: psilocybin. It is a Schedule I drug and is usually known as magic mushrooms, mushrooms, shrooms, and many others.

Mushrooms have been around for thousands of years. Traces of mushroom use have been found in ruins of the Mayans and the Aztecs. The first written accounts of psilocybin experiences appeared in the 16th century; modern studies of these mushrooms began in 1955.

One of their most dangerous characteristics is how difficult it is to tell which varieties are toxic. Both, hallucinogenic and toxic mushrooms create symptoms of nausea and vomiting. This encourages the abuser to delay seeking medical help, causing further damage to the body.

Determining dosage is not a perfect science as it depends on the intensity one wants to experience and the potency of the particular mushroom. The dose is taken by mouth, either chewed and swallowed, or brewed into a tea.

Although psilocybin is not considered a high risk for physical dependency, it is important to be mindful of psychological dependency. Psilocybin is well-known for hallucinogenic properties that draw people in with its tendency to induce powerful introspection, broad enlightenment and euphoria.

A substance abuse intervention allows family members to come together to address their family members’ psilocybin abuse. Uniting as a family to convey a message of love and concern can be difficult for all family members.

Hosting the intervention as a family can cause emotional outbursts and unnecessary stress. Please remember that you do not have to do this alone. You do not have to feel lost or powerless to your loved one’s drug abuse. ABT has a detailed guide with videos to help you plan and host an intervention. If you have any questions or need that extra confidence boost, please reach out to us today. We want to be there for you when you need it the most.

You Don’t Have to Do this Alone

Psilocybin is mistaken for a Band-Aid by many people seeking to feel relief from anxiety, depression, and a need for a stronger sense of self. Repeated abuse of a hallucinogen like psilocybin could be a sign that they are self-medicating for a different problem than just boredom.

While this drug facilitates a sense of relief from these things on the surface, in a few days, those underlying issues and concerns will manifest themselves again encouraging the need to keep abusing.

The vicious cycle of maintaining this Band-Aid is not only unhealthy for the psyche, it’s unhealthy for the body and completely unnecessary. Psilocybin ingestion poisons the brain to get that desired high or euphoria. Too much abuse could cause serious problems with long lasting effects.

ABT believes that living a life where all you want to do is hallucinate your reality away is unhealthy. Treatment at an effective treatment program is comprised of a carefully tailored strategy to address underlying issues perpetuating the cycle of psilocybin abuse.

A variety of therapies provide education, relationship healing, life coaching and social skills. Nutritional education and strength training are also an important part of healing. The healthier the body is, the healthier the mind.

We are dedicated to a successful life-long recovery. An aftercare plan is created as part of your support system in your last week of treatment. Upon completion of treatment, our graduates have shared that they value the work they did in their personal growth and are pleased with what they were able to achieve.

The aftercare plan is essentially an action plan to refer to when faced with unexpected temptation or cravings after treatment. In early recovery, we recommend consistent involvement in the sober community with peers on the same journey you are. We understand how important it is to protect your newfound sobriety, as it is the gateway to the fulfilling life you’ve always envisioned for yourself.

For about 5-10 hours after swallowing psilocybin, desired effects of euphoria and relaxation are intertwined with distorted visions of reality, altered time perception, personal spiritual enlightenment, and a combination of senses such as tasting sounds and smelling colors. Sometimes the experience includes paranoia, anxiety, nausea, vomiting and a lack of coordination.

Signs that indicate that psilocybin is being abused coincide with drug seeking habits. Many with a psychological dependency on the drug find that despite their best efforts, they just can’t stay away from it. Their lives revolve around their inevitable next use and previous priorities begin to dissolve.

Mushrooms are not considered physiologically addictive; however, many people become psychologically dependent on the euphoric and enlightening encounters—often called trips—they experience while under the influence of the drug.

While tolerance is built after one use of psilocybin, it dissipates after only a few days as the pertinent receptors recover. Adverse effects of psilocybin abuse become apparent after prolonged and consistent abuse. These effects can consist of sleeping difficulties, mood disorders and sometimes episodes called “flashbacks,” in which bursts of memory take the abuser back to a previous trip. The use of other drugs and stress commonly precede these flashbacks.

The dangers of a psilocybin overdose rest primarily on its psychotic effects and secondarily on its physical effects. Adverse psychological symptoms of overdose—including profound panic attacks, terrifying hallucinations, delusions, alterations of time and reality and loss of personal control—can lead to physical symptoms of nausea and vomiting, fever, muscle spasms, fast or slow pulse, and difficulty breathing.

There is no treatment for a psilocybin overdose; however, medical supervision is imperative while these effects run their inevitable course to maintain healthy vital signs. An overdose episode usually lasts about 6-8 hours with some side effects lasting up to several days.

Effective medical detox experts focus on taking the discomfort out of the detox and withdrawal process. We understand that each patient has different needs. Patients can usually choose to either undergo medical detox or social detox. You deserve an effective and realistic addiction treatment plan.

Residential facilities are the perfect place to start your journey to recovery. At high-quality residential treatment centers, expert clinicians and medical providers assess your needs and provide an individualized plans tailored to your needs. Learn More

At ABTRS, we believe it is important to use reputable sources when communicating with you. Therefore, we have built all our information on reliable resources that are supported by data.

A strong foundation for recovery should be built upon knowledge that is impartial, not funded by organizations that could benefit from certain outcomes, and proven or tested to be effective for substance abuse treatment and aftercare. Below are the sources used to construct the content on our website and any and all written material from ABTRS. We will continue to try to provide you with reputable sources that are up to date and relevant.

The Opioid Crisis and the Certified Registered Nurse Anesthetist: How Can We Help. (2017). Retrieved from https://www.aana.com/docs/default-source/aana-journal-web-documents-1/guest-editorial—the-opioid-crisis-and-the-certified-registered-nurse-anesthetist—how-can-we-help.pdf?sfvrsn=76ad4ab1_4

Center for Behavioral Health Statistics and Quality. (2016). Key substance use and mental health indicators in the United States: Results from the 2015 National Survey on Drug Use and Health (HHS Publication No. SMA 16-4984, NSDUH Series H-51). Retrieved from http://www.samhsa.gov/data/

The Opioid Crisis and the Certified Registered Nurse Anesthetist: How Can We Help. (2017). Retrieved from https://www.aana.com/docs/default-source/aana-journal-web-documents-1/guest-editorial—the-opioid-crisis-and-the-certified-registered-nurse-anesthetist—how-can-we-help.pdf?sfvrsn=76ad4ab1_4 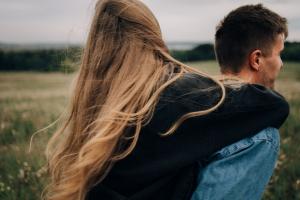 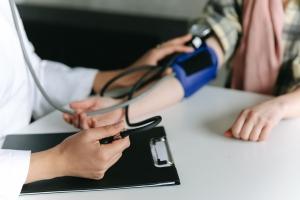 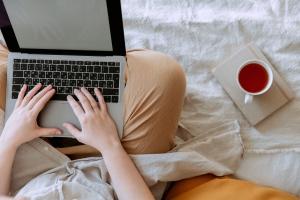