From the early 19th century to the present day, America’s relationship with drug use has been through a rollercoaster of events. Despite America’s constant efforts to diminish the use of drugs throughout the nation, almost 200,000 prisoners are currently in jail for drug-related charges. The most prominent section of drug history in America, and also the most publicized, came with the Nixon Administration in 1971. President Nixon called drugs “public enemy number one” and focused immense amounts of funding towards controlling drug abuse. But decades later, after the dust surrounding Nixon’s strict laws has fallen, the question still remains: “Did the War on Drugs actually succeed?” 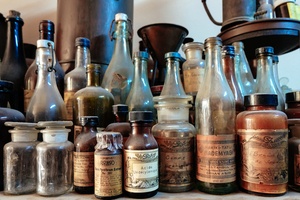 To answer that deeply-rooted question, we must take a look into America’s long-standing history with drugs. Throughout the 1800s, the use of drugs became very popular. For example, the use of opium rose after the American Civil War and heroin was used to treat respiratory illness. As the upcoming century came, the government began to take notice of the heavy addiction possible through the use of these drugs. In the early 20th century, the U.S. began its first national law stance against drug use with The Smoking Opium Exclusion Act of 1909. This act banned the importation, possession, and use of opium but not the medical use of it. Later on in 1914, the U.S. passed the Harrison Narcotics Act of 1914 which regulated and taxed cocaine and opiates.

The War on Drugs 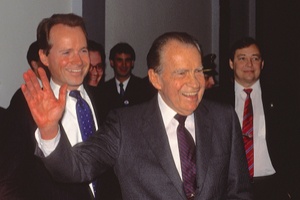 Later on in the 1970s, President Nixon decided to take a strong stance on the proclaimed “drug problem” in America. Drug use was increasing in the 1960s due to a boost in counterculture and a rise in the popularity of illegal drug use. Even a Harvard professor, Timothy Leary, promoted the use of LSD during that time period. To push back against the loose nature of the 1960s, Congress ended up passing the Comprehensive Drug Abuse Prevention and Control Act in 1970. This particular act regulated drugs and certain substances while pushing the pharmaceutical industry to keep certain drugs secure. The act also set up a certain system for the seriousness of certain drugs. The most addictive drugs were classified as a Schedule 1 while the least addictive drugs were classified as a Schedule 5. Schedule 1 included drugs like heroin, LSD, marijuana, and MDMA. Schedule 5, on the other hand, included cough suppressants that included small amounts of codeine and pyrovalerone which was used to treat chronic fatigue.

In 1971, President Nixon officially declared his “war on drugs” pushing federal funding into drug-control agencies and promoting heavy measures on those involved, including mandatory sentencing for drug crimes.

These standards were heavily criticized by the general public for having racist undertones. For example, the drug sentences between handling crack and powder cocaine were massively different. Possessing five grams of crack cocaine could land you in prison for five years. It would take 500 grams of powder cocaine to get the same sentence. Crack use had taken over the inner-cities, which were overwhelmingly African-American. Powder cocaine, on the other hand, was used more often by whites since it was more expensive. This led to the percentage of incarcerated African-Americans for non-violent drug offenses skyrocketing.

Throughout George H.W. Bush’s administration in the late 80s and early 90s, President Bush sought to stop the influx of foreign drugs into the U.S. This led to some success throughout that time period due to the administration’s takedown of Panamanian ex-CIA officer Manuel Noriega, who went to prison on drug charges.

Did the War on Drugs Work?

Technically, the War on Drugs is still in place, but at a much tamer scale than it was in the early 1970s. But, by many calculations, the “War on Drugs” set in place by President Nixon is seen as a national failure.  In an effort to reverse the negative effects of Nixon’s “war on drugs”, some states have begun to decriminalize drugs. But yet, mass incarceration is still a massive problem throughout the U.S. The number of Americans arrested for possession has tripled since the 1980s. Studies have shown that incarceration has little to no impact on substance misuse rates. If the war on drugs has succeeded on anything, it’s dividing us not only racially but economically as well.

As time goes on and research surrounding illegal substances becomes more intense, scientists have learned that addiction is more than just a “crime”; addiction is a disease. There has also been scientific research discussing the connection between addiction and genetics. Putting someone in jail for having an addiction would be just like putting someone in jail for having diabetes or dealing with bipolar disorder; it’s cruel and unusual punishment.

How to Fight Drug Use 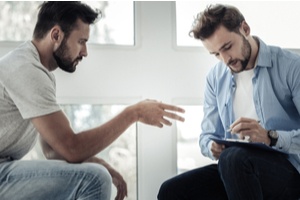 Research has shown that treating addiction, instead of punishing the individual, does a better job at fighting the drug epidemic. Modern medications have been found effective at diminishing drug addiction, such as Suboxone for opioid addiction and Disulfiram for alcohol addiction. Along with administering medication in a safe and medically monitored setting, therapy has down great progress in helping individuals fight back against their addictions. For example, Cognitive Behavioral Therapy provides a strong basis for an individual to learn about the roots of their drug addiction. Through therapy, they can find out more about why they engage in such unhealthy habits and learn new ways to cope with the struggles they may have going on in their lives.

Even though the “war on drugs” has been in place for over 100 years, it appears as though the people have yet to win. With drug epidemics devastating inner-city neighborhoods and the effects of Nixon’s mass incarceration tactics affecting families to this day, the war on drugs has done more harm and good to the U.S. As studies have shown in the past, treating drug addiction is far more effective than punishing drug addicts. By utilizing modern medicines and intensive therapy like Cognitive Behavioral Therapy, an individual can learn the “why” behind their drug addiction and have a better chance a fulfilling, drug-free life.