You are here: Home1 / News & Blogs2 / Drugs3 / The Guide to Study Drug Addiction

Study drug addiction is prevalent among students who feel intense pressure to achieve academic success. Experimenting with drugs, both prescription and illicit, is standard among college students, but that does not mean it is safe. People often associate drug use on college campuses with partying, but many students also use drugs to study. You may have heard of pills that make you focus, otherwise known as “study drugs.” More formally called prescription stimulants, these drugs can heighten concentration and alertness, which helps students stay up all night to study or complete assignments. However, these drugs can also have serious adverse effects.
In this guide, we examine study drugs in depth. 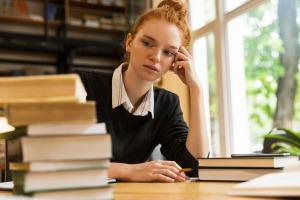 The Prevalence of Study Drugs on Campuses

Drug abuse is not limited to illegal drugs. It is possible to abuse and has an addiction to prescription medications, as well. Prescription drugs are the second most frequently abused drug category, ahead of illegal drugs like cocaine, heroin, and meth. Although prescription drugs have significant benefits when used correctly, they can still be highly dangerous.

When you use these drugs for anything other than the intended purpose, in a different amount than prescribed, and without a prescription at all, it is considered misuse. The types of prescription drugs that people often misuse typically fall into three categories: opioids, depressants, and stimulants.

Stimulants are among the prescription medications most commonly abused by college students. To illustrate, in a study in 2018 by the University of Texas, 18% of its students report misusing stimulants (study drug addiction). Across the entire country, about 4% of young adults admit stimulant misuse each year.

Misuse of stimulants is a growing problem among college-aged young adults. Once Adderall misuse was most severe among older children and adolescents, more recent research found that mainly young adults aged 18-25 inappropriately take drugs like Adderall. Young adults between these ages account for 60% of all non-medical Adderall use from age 12 and up.

The study-related benefits of these “concentration medications” are a major factor in increasing their misuse. Those who believe that these drugs make them smarter and more capable of studying may disregard or not understand the potential negative effects. Adderall and other drugs like it do indeed improve focus. However, these drugs can have unfavorable impacts, especially in high doses.

For example, stimulants can seriously affect cardiovascular health, causing high blood pressure and even stroke in some users. In 2006, the Food and Drug Administration urged that the strongest possible warning accompany these drugs. This “black box” warning is for medications that can produce cardiac problems.

The research on long-term effects is still limited. However, researchers believe that if more students get an education about the dangers of misusing prescription stimulants, then non-medical use would decrease. Not only is this better for physical and mental health, but research also suggests that students who do not misuse prescription drugs have more academic success despite the supposed studying benefits of stimulants.

To understand how stimulants work, let’s start with caffeine, the world’s most popular psychoactive drug. Caffeine prevents drowsiness by blocking the natural chemical in our brains that promotes sleep. Feelings of tiredness are why many people rely on coffee to help wake them up in the morning and get through the day without crashing. Due to its memory-, motivation-, and wakefulness-boosting effects, caffeine is a cognitive enhancer or “smart drug.”

Stimulants are another type of smart drug. They increase brain activity, causing an increase in alertness, attention, and energy. In addition, these drugs treat ADHD and sleep disorders like narcolepsy. It is also why healthy people, particularly college students, use them to enhance their learning or working capabilities. But how well do they work?

Other studies have assessed the effects of Ritalin and Adderall, two common medications prescribed to treat ADHD. The research saw that although these drugs are some of the most commonly misused focusing medication, their cognitive-enhancing effects are relatively modest.

Regardless of the cognitive-enhancing effects, stimulants do not make users smarter. Those who use study drugs have an easier time completing assignments because they are hyper-focused and energized, not because study drugs affect learning capabilities. All stimulants have serious concerns associated with short- and long-term use despite any drugs’ benefits. However, improper use leads down the road of study drug addiction.

If you are struggling with addiction, then call us today. Our specialists will work with you to get you the help that you deserve.

Prescription medications require a prescription for a reason. They are highly powerful drugs that can have harmful effects when misused. Doctors understand these effects and carefully consider the potential benefits and risks before prescribing medications appropriately.

Misusing prescription stimulants can have serious consequences, including:

Additionally, prescription stimulants are addictive and can cause death by overdose or heart failure.
Along with the adverse health effects, these drugs can also result in college students’ disciplinary action. Students who abuse study drugs primarily get them from friends or other students who sell them. Although these drugs are legal with a prescription, it is illegal to use them without distributing them. College campuses typically have strict policies surrounding drug use and treat any misuse very seriously.

Protect Yourself and Others

Some students can undoubtedly benefit from prescription stimulants when they are prescribed and monitored by a healthcare provider. However, suppose you need prescription stimulants for legitimate reasons. In that case, it is essential to know that friends or other students may approach you, asking to use or buy them for other purposes. If you know someone who has a study drug addiction and he or she asks you for your meds, you’ll want a plan to protect them.

If you need prescription medications on campus, you can try the following to protect them from misuse:

Set a reminder for your daily dose and refills.
Avoid carrying your entire pill bottle or monthly supply in your backpack or purse.
Keep your medicines in a safe, private spot that only you know.

Some students may try to pressure you into letting them use your medication. If someone asks for your prescription, you can say:

Additionally, if you are worried about a friend struggling with prescription stimulant misuse, it’s a good idea to reach out for help as soon as possible.

A Closer Look at Stimulants

As mentioned, study drugs are a type of stimulant. Many of them fall into the most infamous category of stimuli: amphetamines. For this reason, they are sometimes also called speed or uppers.
Due to their powerful effects, many amphetamines are considered Schedule II stimulants, which means they are for medical use, but they have a high potential for abuse. Amphetamines have been available by prescription for decades, used to treat ADHD and the sleeping disorder narcolepsy. But many people also use and manufacture these medications illicitly.

How Do They Work?

Stimulants have effects that are similar to those of cocaine. They speed up cardiovascular activity and stimulate the brain’s reward centers to produce feelings of heightened energy, excitement, and extreme mental alertness. However, stimulants do not take effect as quickly as cocaine and remain longer in the central nervous system.

So, for some, these feelings of intense wakefulness and the increased ability to focus can lead to addiction. Especially in those who have a harder time with energy and focus. Some students report feeling as if they are on cloud 9 when first taking stimulants. If the use continues, it usually develops into a study drug addiction.

Long-term abuse of these drugs can produce symptoms of psychosis or a loss of connection from reality. Paranoia, hallucinations, and delusions characterize psychosis. Prolonged stimulant use can also lead to violent and erratic behavior. People who abuse stimulants also can overdose, which in some cases can lead to death.
Signs of overdose include:

If you need more information about stimulants, then call us today. Our professionals will provide you with all of the tools you need to find the best recovery services for you.

As prescription stimulants become more popular, their risk of abuse increases. Stimulants are the most commonly misused prescription drugs among college students. Unfortunately, the education and outreach that most students receive regarding these drugs are limited. Their prevalence may lead some students to believe that using them is harmless.

After all, they usually use them with good intentions. But any powerful stimulant, no matter how pleasant or beneficial the initial effects seem, can have negative side effects as well as addictive potential.

If you’ve spent enough time on a college campus, you’ve likely heard something about using medication to help focus. Perhaps some of your friends or classmates use study drugs, and you are considering trying them too. If you are struggling with your grades, it might seem tempting to take advantage of such a quick fix. But you may be missing crucial information about the drawbacks.

Maybe you had even tried to study drugs before and experienced the negative effects for yourself. Despite these, you may find it hard to study and retain information without them now.

Many students are in the same position, hesitant to come forward for fear of judgment or punishment. But know that there is no shame in needing help, and there are plenty of people and organizations willing to work with you to end your substance abuse. Our job is to help you find them. Study drug addiction is not something that you want to wait to get help for.

Alina Gonzalez is a writer born, raised, and currently living in Arizona. Her lifelong passion for language led her to pursue a Bachelor of Arts in English from Northern Arizona University. A recent graduate, she is now writing full-time. Her work has been featured in small blogs and magazines, and she is pleased to now put it to use helping others on their journey to recovery. 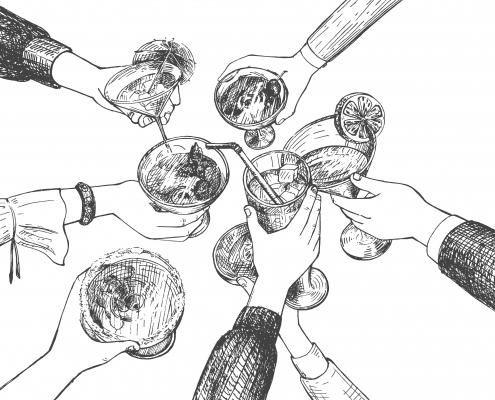 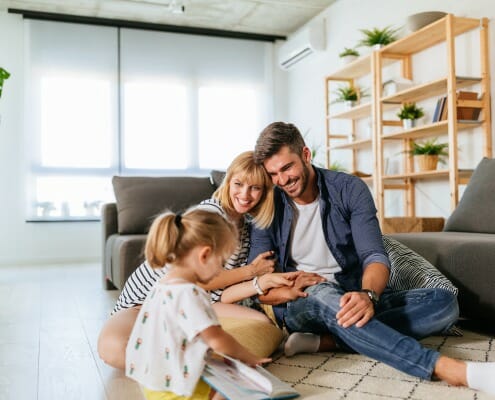 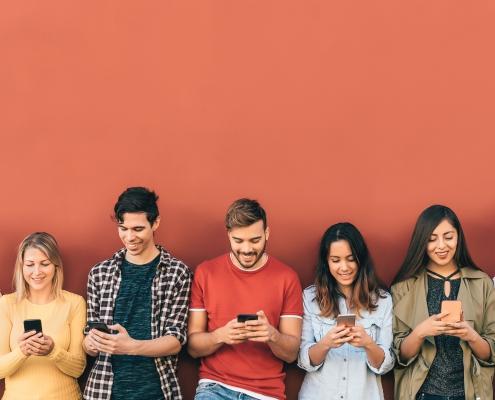 Call Now to Get Help for Study Drug Abuse

The use of such powerful drugs can lead to addiction and an array of other complications. If you are a student using study drugs or a parent with concern for their child, consider reaching out for help. We can guide you toward the appropriate addiction treatment and educational resources. Call (888) 906-0952 today for more information on substance abuse treatment in your area.

Talking About Addiction With Someone Who Doesn’t Understand Addiction

Losing Custody Due to Addiction
Scroll to top