Metaphysical Drug Use in Spiritual Rituals

Cultural practices and traditions worldwide use hallucinogens and other drugs to connect to the divine. The divine is a common phrase for different gods or higher powers, energies, and spirits specific to each group’s belief system. These groups use other plants with natural psychedelic parts to enter modified states of awareness.

Help for addiction is just a phone call away. Not fully ready to talk? Submit a contact form below.

Call the helpline
SUBMIT A QUESTION

An Overview of Spiritual Drug Origins

First ceremonial practices were not abusing drugs, but older tribal members and priests governed them in a controlled setting. Some tribes use ritual medications for healing and peace, while others use them for unity and ancestral connection.

For instance, drugs that have different psychedelic effects and various ailments are:

However, some psychedelics bring an altered state of consciousness, while others are said to rid the body of harmful toxins from other substance abuse.

Moreover, these are standard practices among tribes worldwide for the collective tribal member’s spiritual journey and guidance.

Hallucinogens like psilocybin mushrooms brought visions to the user in healing rituals. In Plants of the Gods (2002), written by Richard Schultes and Albert Hofmann, psilocybin mushrooms are “the gods’ voice.” The phrase references the heavy use of psilocybin that brought entire tribes together through messages from nature and the Earth around them.

Connecting to the Divine

Hallucinogens provide other-worldly visuals that speak from Mother Earth directly to the tribal members. These rituals are sacred and only performed and guided by spiritual leaders. This sense of connection to nature brought entire communities together as humans, not as individuals.

Also, the belief in psilocybin use stems from an intense spiritual journey. Eating mushrooms brought forth an individual’s inner power, transcendence into a heightened state of awareness, and inner healing from the mind’s toxins.

Michael Winkelman coined the term “psyche integration,” which describes the feeling of unity from brain waves produced from the limbic system and frontal cortex after use. Psychointegration has been an effective tool shaman used to heal members of the tribe. Tribal healing is non-traditional, spiritual, and natural plant medicine. Sacred plant use connects the body and mind with the spirit to heal the person as an entity, rather than only symptoms.

Shamanic healers used psilocybin mushrooms often in spiritual practices to connect with spirits during deep meditation rituals. This connection was a highly respected practice, as information gathered from ancestors, spirits, and Earth honors divine truth. Tribal elders also used psilocybin mushrooms as a rite of passage for children to become adults, allowing spiritual truth to guide them into adulthood.

Moreover. Are you struggling with substance abuse? Then call us today. Our experts will work with you to start you on your journey to sobriety today.

Tabernanthe iboga, or the iboga plant root, is a hallucinogen and a stimulant. Individual health practices like diet and exercise will limit the effects of this plant on each user. In addition, iboga root experiences variations between a dream-like state and complete unconsciousness.

Who Uses the Iboga Root?

First, it was commonly used in Africa among the hidden tribes in the Congo and Gabon to connect to their ancestors. Then the intent was to strengthen the bond of the tribe with ancestral tribal members. African tribes also used iboga root to help members hunt with alertness and soft focus. In addition, other tribal members would use the iboga root to stay awake and engage in ritual dances at night.

Combination rituals enhance communities by the refreshing moral and divine purpose shared inside the tribes. A common goal joins tribes with high power in numbers that reach far back through ancient traditions.

Tribe members felt like an essential part of something greater than themselves, which provides the human spirit and connects to it. According to researchers Juan Sanchez-Ramos and Deborah Mash, iboga treats addiction to opioids similar to cocaine and heroin.

Furthermore, iboga root uses psychotherapy to allow the user to think with precision and clarity. They are then allowed true personal reflection and subconscious memories recovery.

The Native American Church (NAC) is in the United States. Lophophora williamsii, also known as peyote, is used inside the NAC as a religious practice called “Peyote Religion.” For generations, Northern Mexico natives like the Huichol and the Tarahumara tribes have ritually used peyote. They use peyote during all-night rituals involving the entire gathering, including young members.

The federal government allows the NAC to use peyote for religious purposes. Therefore, substance regulations do not apply to NAC members.

Call the helpline
SUBMIT A QUESTION

The intent is to bring all church members on a spiritual path. Then to let go of feelings like guilt. In addition to helping find positive emotions of hope and divine unity. This celebration of tribal culture reaffirms the life purpose of all tribal members. The most common life purpose of tribal members is a succession of sacred relationships between the living and the Earth’s spiritual energy and tribal ancestors.

Chris Heggenhougen is a spiritual researcher of Native American tribal practices. During his documentation, he noted that when young Native American tribe members feel distant from the tribe, they use peyote. Peyote brings them close and guides them on their spiritual journey. Also, it helps them with their divine purpose inside the tribe. Peyote use is a positive movement to unite all members through encouragement, self-identity, and tribal acceptance. Responsible use under shamanic and tribal protection brings a sense of euphoric understanding that inflames the human spirit.

Peyote use, sale, and distribution in the United States are illegal to non-religious users. The Native American Church is the only congregation where peyote use is legal. Also, it does not recognize other Native American groups as religiously exempt. However, if you are battling an addiction to illegal substance abuse, call us. Our professionals will help you get the treatment you need right for you and your situation.

Banisteriopsis caapi and Psychotria Viridis plants come together to create ayahuasca. Ayahuasca is for deep spiritual connections. For example, like:

Moreover, ayahuasca traditions have been used in isolated Amazon regions by adult tribe members to strengthen the tribe and establish cultural identities.

The Amazon tribes also used ayahuasca when dealing with sudden environmental changes. Ayahuasca is a unifying experience that brings members together for their common life purpose of sustaining the ancient traditions of their tribe. Religious and spiritual rituals that use natural hallucinogens are used responsibly and non-recreationally among tribes.

For thousands of years, plants have been used in eastern medicine to heal the entire human experience rather than treat western medicine symptoms. However, like western medicine, ayahuasca has moved into the metropolitan areas and is being used to treat anxiety and stress.

Some churches and organizations are currently fighting legal battles to allow religious and spiritual use of ayahuasca. Ayahuasca retreats are sessions of shaman-protected ayahuasca use.

Finally, Jaques Mabit, Rosa Give, and Joaquin Vega studied ayahuasca rituals in the Peruvian Amazon. The scholars found that the Peruvian tribes use ayahuasca to treat cocaine addictions in their studies. The therapy includes mental, physical, and spiritual activities that are personal to the user. This treatment level roots back to the traditional ancient healing methods of mind, body, and spirit that align with the entire human experience.

Datura is the name of a plant beginning from the nightshade family, more commonly referred to as Jimsonweed. Jimsonweed is a nickname given to Datura for its effects on the early British soldiers in Jamestown. Datura provides the user with euphoric visions. Also, it is commonly added to ayahuasca to enhance the experience. Sadly, Datura is used recreationally in untrained hands and causes drug-related deaths.

Datura is used ritually among rite of passage ceremonies in Native American tribes. In addition, the visions and dreams produced by Datura were to teach different rituals from spirits and animals, like songs and dances. Adulthood rituals also used Datura during rites of passage.

Moreover, this drug helped the child forget childhood memories and make mental space for adulthood’s trials and tribulations. Datura leaves the user in a state of reflection, allowing tribal elders to educate the user. However, the tribe’s history, belief systems, and traditional practices help the user in an altered consciousness and out of touch with reality.

Datura practices help the user escape the ego’s bonds and allow tribal elders to speak directly to the user’s core spirit. As the user awakens, which could take a few weeks, the truth and tribal purpose can grow organically and reshape the human ego to a higher perspective.

The African tribe, Shangana-Tsonga of Mozambique, used Datura for young girls reaching adulthood to induce visions of their fertility goddess. Since Datura leaves the user vulnerable;e to outside information, each experience could differ from one girl to the next.

Furthermore, tribal members who watch over the girls during their experience can control the information told by the young, influential tribal members. The results or outcomes of the experience rely on the integrity and womanhood practices that each tribe believes.

Pipermethysticum or kava root is a sedative plant that is a drink. This drink acts as a mild stimulant that primarily relaxes the body and mind with gentle happiness. Piper betel and Areca catechu combined create a plant-based stimulant drink with kava root.

In addition, these practices and drugs, controlled by the Pacific Islander tribe members, are not abused substances.

Among the Pacific Island tribe, members of all ages were allowed to use betel and kava during community events. For example, the drinks behaved similarly to coffee by providing:

These behaviors happen during ceremonies and social gatherings. However, individuals who have not drunk betel can experience psychotic reactions during reintroduction.

Governing officials of tribes were often male-dominant. In cultures that used kava, some were extremely strict about who was permitted to drink it. Women prepared the drink but were not allowed to partake in certain rituals. The male-dominant traditions were most commonly governing officials participating in all-night discussions about the politics, tribal decisions, and social interactions. Elders used kava to keep calm and be open for conversation when discussing the tribal community.

Kava is well-known for its calming and euphoric effects. Among certain tribes, kava was forced upon aggressive visitors to decrease hostility and promote a calm demeanor.

For generations, these tribes have been using sacred plants in traditional rituals and ceremonies. These plants are primarily illegal in the United States and should not be used recreationally or untrained individuals.

Want to share this article? Select a social platform:

The ABTRS Writing team is a group of writers specializing in addiction and recovery topics.

PrevPreviousAm I Physically Addicted to Heroin?
NextHelp! I’m Addicted to Adderall in College!Next

Get Help Today! Call Now and Get Help for Addiction 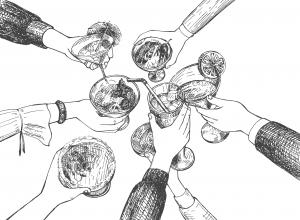 How to Track Alcohol Consumption

Reading Time: 7 minutes For some, tracking alcohol consumption becomes something they feel they need to do after bad experiences due to over-drinking alcohol. It can be difficult to 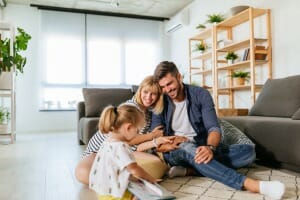 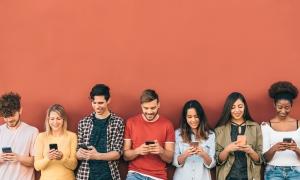 Reading Time: 7 minutes Social media is now a seemingly ingrained part of our lives. And as for teens, whether they are at home, work, in school, shopping with

Help! I’m Addicted to Adderall in College!
Scroll to top