It is very common for people to use drugs as some point in life. Prescribed drugs can be used with some level of safety if you take them as prescribed, but the danger of abuse always exists. If you self-medicate or use illegal drugs, then, the risk of addiction is even higher.

There are several reasons why people start using. Drugs are often used as a problem solver. Sometimes people use stimulants to stay awake when they are tired. During other times, they just want to sleep better or believe that using drugs will enhance their party experiences.

This attitude can have several negative effects on your health. When you use drugs without any support from a professional, you may be harming your health without knowing it. If you are using more than one drug, you can even suffer from dual addiction. It is hard to be addicted to a single substance, so being addicted to two is considerably worse.

The Dual Addiction of Meth and Heroin: Kim’s Story 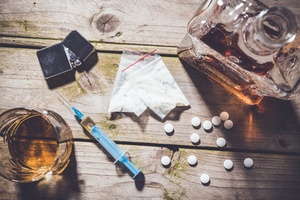 If it is hard to live with one addiction and it is even worse when you have dual addiction to substances. Kim, 47, started out just like many people who abuse drugs. She used to try to fix a problem.

According to her, it all started around 25 years ago. After her parents got divorced, she started to suffer emotionally. She turned to methamphetamine as a safe haven from the pain. She affirmed that, by using it, she could finally “feel normal” again. The drug was used as a tool that helped her to cope with all the pain.

This situation is not uncommon as many people start abusing substances after a trauma occurs. Their personal stories might be different, but their pain is generally similar. Just as Kim did, people experiment with drugs at first to feel better for the moment and eventually a pattern develops.

The more the drug is used, the more you need to use it in order to keep feeling relief. This makes the situation spiral out of control pretty quickly in most cases.

The Start of Kim’s Dual Addiction

In some cases, the addiction can be the cause for a second addiction. At first, Kim only used meth for around nine years, but then she looked for treatment. Everything was alright at first, but her body really missed the feeling she got from the drugs.

Heroin, her second addiction, appeared as a new solution. It calmed her down instead of invigorating her because heroin is an opiate. At first, she thought, “heroin’s great. I don’t do speed anymore”. She was glad to get rid of the paranoia and agitation.

Methamphetamine can cause psychosis, as affirmed by the Suzette Glasner-Edwards and Larissa J. Mooney. Roughly 40% of all meth users can suffer from symptoms such as agitation or delusions. Also, the absence of methamphetamine on a person’s body can trigger depression and anxiety. Unfortunately, the situation ended up getting out of control pretty quickly for Kim and she became a victim of dual addiction.

Kim was not fully aware at first, though. She described this phase of her life as being “the chemist with your own body”. According to her, she was “balancing, trying to figure out your own prescription” to simply feel better. Now, she has finished her treatment for both drugs and is in recovery. After suffering for over two decades with the problem, she enrolled in a residential treatment program for women based in San Francisco.

She was very lucky, though. The Journal of the American Medical Association has recently published a new study which affirms that amphetamine-related hospitalizations were up by 245% from the eight-year period that ranges from 2008 to 2015. Many people were not as lucky as she was.

Kim has been sober for a year now and is finally trying to find her own balance without the need for other substances. This is never easy, but it is an important step in order to regain your health and control of your own life.

The Theory of Self-Medicating with Drugs and Alcohol

Self-medication is often a harmful practice. While the act of self-medicating may not seem logical to outsiders, the truth is that they often have strong reasons for it. As can be seen from Kim’s story, the reason why so many people self-medicate is that they are in pain.

Another popular reason people self-medicate is that they believe they have undiagnosed mental problems. Unfortunately, the internet is often not very helpful as it makes it easy to self-diagnose yourself incorrectly. The best option is to always look for a doctor whenever you feel that there is something wrong with you. Bipolar disorder, post-traumatic syndrome (PTSD) and similar issues should be treated by actual professionals.

Being a Chemist with Your Body: Dangers of Illegal Drugs and Your Health

There is no easy fix for life and all the pain that comes with it. Being your own doctor might sound like a good idea, but the truth is that by using illegal drugs in order to “fix” your emotional issues and your pain, you may be risking your life.

Drugs such as amphetamines and heroin are not legal nor regulated, therefore they often have serious impurities. Uncontrolled usage of these substances can even cause overdoses in some cases and most people do not recover from them.

Even legal substances such as alcohol can be easy to abuse if you are not careful, especially when you mix them with other types of drugs. If you want to really solve your problems, you have to take a deep breath and acknowledge them. The first step is to look for help. 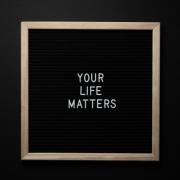 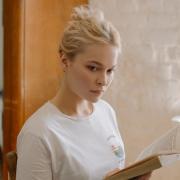 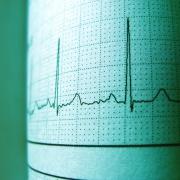 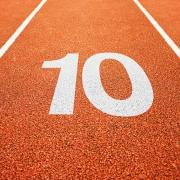 What Not to Do During an Intervention
Scroll to top