You are here: Home1 / News & Blogs2 / Educational3 / Detoxing from alcohol at home

What you need to know about detoxing from alcohol at home

So, You Need to Detox from Alcohol…

If you or someone you love is currently needing to detox from alcohol, you’re not alone. Alcohol is a major issue due to its addictive nature and accessibility. Those who are predisposed to alcoholism sometimes do not stand a chance when it comes to falling into the snare of alcoholism. If you’re wondering if you can detox from alcohol at home, here’s what you need to know.

The severity of alcohol detox symptoms is such that at-home detoxification is strongly discouraged. Patients with alcohol use disorder face alcohol withdrawal symptoms so dangerous they can even lead to death unless medical care is readily available. Detox from alcohol involves both physical and mental health issues. The alcohol detox process can lead to seizures and Delirium Tremens (DTs). As many as 25% of alcohol withdrawal patients exhibiting DTs can die. Those undergoing withdrawal also suffer from a host of mental health problems. Do not try to withdraw from alcohol alone at home. Medically supervised detox at a treatment center where medical doctors can prescribe drugs to curb the most dangerous symptoms should be your only option.

If this is the situation you’re in now, give us a call at 1(888)906-0952 to be connected directly to an addiction treatment specialist. The call is confidential and private. There’s no obligation, and you can get more information on your best path forward. 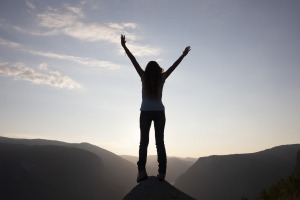 An Overview of the Alcohol Problem

To be diagnosed with AUD, individuals must meet certain criteria outlined in the Diagnostic and Statistical Manual of Mental Disorders (DSM). Under DSM–5, the current version of the DSM, anyone meeting any two of the 11 criteria during the same 12-month period receives a diagnosis of AUD. The severity of AUD — mild, moderate, or severe — is based on the number of criteria met. To assess whether you or a loved one may have AUD, here are some questions to ask. In the past year, did you:

Dangers of Detoxing at Home

If you have AUD and are considering detoxing from home, don’t. Detox from alcohol, along with benzodiazepines and opioids, is generally very painful and dangerous. Some alcohol withdrawal symptoms include hallucinations, seizures, or other physical and mental problems addicts can experience when attempting to stop “cold turkey.” Remember, quitting cold turkey, especially at home and alone, is not only unsafe but also life-threatening for people with AUD.

Many alcohol detox symptoms can be minimized by specific medications that a medical doctor can only prescribe. The medications stop the worst physical alcohol withdrawal symptoms from arising, which those who quit “cold turkey” often experience. Additionally, anyone who has a life-threatening disease or is diagnosed with certain psychological conditions must undergo medically supervised withdrawal. This is the best way for patients to correctly and safely detox from alcohol.

Now that you know you should not try to white-knuckle it through the alcohol detox process at home or alone, you should know that the medical and mental withdrawals from severe AUD are rough. This is why drug and alcohol addiction specialists medically strongly recommend supervised detox.

More serious withdrawal symptoms occur in approximately 10 percent of patients. In these cases, detox from alcohol includes a low-grade fever, rapid breathing, tremor, and profuse sweating. Also, seizures may occur in more than 5 percent of untreated patients with acute alcohol withdrawal. Withdrawal seizures usually consist of generalized convulsions alternating with spasmodic muscular contractions. Furthermore, treatment experts should fully investigate when seizures begin with twitching of a limb, which suggests the presence of a co-occurring disorder.

The alcohol detox timeline shows that more than 90 percent of alcohol withdrawal seizures occur within 48 hours after the patient stops drinking and last less than five minutes. However, fewer than 3 percent of such episodes may occur five to 20 days after the last drink. Clinical data suggests that the likelihood of having withdrawal seizures and the severity of those seizures increases with the number of past withdrawals.

Another severe complication of the alcohol detox process is delirium tremens (DTs). Hallucinations, mental confusion, and disorientation characterize DTs. Also, the mortality rate among patients exhibiting DTs is 5 percent to 25 percent. Additionally, up to one-third of patients with AWS who have a related seizure will progress to delirium tremens.

Risk factors for delirium tremens include sustained heavy drinking, age older than 30 years, increasing days since last alcohol intake, and a prior episode of delirium tremens. Fortunately, hallucinations, which are common with this condition and primarily visual, are distressing but not dangerous. Patients with delirium tremens should be treated in an inpatient setting.

Delirium tremens can occur when you stop drinking alcohol after a period of heavy drinking, especially if you do not eat enough food. Also, head injury, infection, or illness in people with a history of heavy alcohol use and those with a history of alcohol withdrawal may cause DTs. It is especially common in those who drink four to five pints of wine, seven to eight pints of beer, or one pint of “hard” alcohol every day for several months. And people using alcohol for more than ten years commonly experience delirium tremens.

Alcohol has anti-anxiety properties that promote its use to self-medicate. However, prolonged alcohol use can increase anxiety levels. Marked signs of anxiety commonly appear between 12 and 48 hours after alcohol consumption ends. Hyperventilation may occur during acute withdrawal, leading to disturbed blood chemistry. This results in alcohol detox symptoms that may be indistinguishable from those that occur in anxiety disorders. Some researchers hypothesize that repeat alcohol withdrawal may predispose patients with AUD to certain anxiety disorders.

Patients who are intoxicated or undergoing alcohol detoxification often show depressive symptoms. As many as 15% of AUD patients are at risk for death by suicide. Plus, recent consumption of alcohol appears to increase the danger of a fatal outcome from self-harm. This may be attributed to the release of behavioral inhibition due to alcohol intoxication. It may also be due to the depression that accompanies the drop from peak intoxication. In addition to the depressive feeling, the social, psychological, and physical problems of alcoholism may cause the development of depressive disorders.

Alcohol withdrawal exacerbates anxiety and depression. However, there are two other significant mental complications due to alcohol withdrawal: Sleep disturbances and hallucinations.

Sleep disturbances — including frequent waking, restless sleep, insomnia, and night terrors — are among the most common complaints of AUD patients. Sleep problems persist into withdrawal, with insomnia and sleep disturbances. In addition, an increase in incidents of interrupted breathing during sleep is more common among AUD patients than in the general population. These sleep disturbances can cause daytime drowsiness, reduce the efficiency of daytime tasks, and increase the risk of car crashes.

Patients with acute alcohol withdrawal symptoms or DTs also frequently experience visual, auditory, and tactile hallucinations. In the alcohol detox timeline, hallucinations without DTs occur in 3% to 10% of patients during severe withdrawal from 12 hours to seven days after drinking alcohol stops. In one study, 10% of 532 male patients in a Veterans Affairs Hospital for alcohol withdrawal developed hallucinations. Patients who hallucinate tend to be younger at the onset of their alcohol problems and consume more alcohol per drinking occasion. They also create more alcohol-related life problems and have higher rates of other drug use than patients who don’t hallucinate.

Seeing the severity of alcohol detox symptoms that accompany withdrawal, it’s easy to understand why patients need medically supervised treatment. Some people do not know that there are medications on the market to treat alcohol dependence. The newer types of these medications work by offsetting changes in the brain caused by alcoholism. The medicines can be used alone or in combination with other forms of treatment.

It is important to remember that not all people will respond to medications, but they can be an important tool in overcoming alcohol dependence for a group of individuals. Scientists are working to develop more pharmaceutical treatments that could be tailored to individual needs. As more medications become available, people may try multiple drugs to find which they respond to best. Remember, a medical doctor can only administer these drugs in a medically supervised detox treatment program.

For those asking whether taking medications means trading one addiction for another, the answer is “no.” All medications for treating alcohol dependence are non-addictive. These medicines help manage a chronic disease, just as someone might take drugs to keep their asthma or diabetes in check.

Addiction treatment experts find that patients who go through alcohol detox but do not go straight to rehab have a much greater chance of relapse. By entering either an inpatient or outpatient rehab treatment, patients with AUD take medication to curb persistent alcohol withdrawal symptoms or cravings and participate in behavioral therapies. Behavioral treatments involve working with a health professional to identify and help change the behaviors that lead to heavy drinking. The treatments share certain features, which can include:

There are four common types of behavioral treatments used:

Janet Perez has been a reporter, television and radio broadcaster, magazine editor, and marketing copywriter for more than 30 years. She’s lived in the Valley since 1991 with the exception of a few years in New Mexico at New Mexico State University and Waco, Texas, at Baylor Law School. 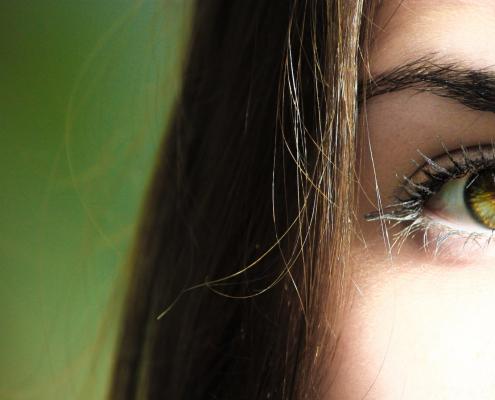 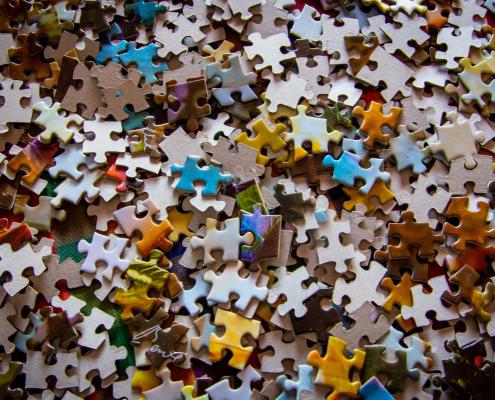 The Right Path To Alcohol Treatment

Ultimately, choosing to get treatment may be more important than the approach used, as long as the approach avoids heavy confrontation and incorporates empathy, motivational support and a focus on changing drinking behavior. Before attempting to detox from alcohol in your home and alone, please talk to our addiction experts at the Oklahoma Addiction Treatment Network first. We will help you safely detox and offer resources on rehab. Call 405-583-4309 today.

Addiction and Human Trafficking [What You Need to Know]

The Guide to Grief and Relapse
Scroll to top