Although they sound alike, there is certainly a difference between amphetamine and methamphetamine. While they share some similarities and even some of the same effects, knowing the difference is important.

In this educational resource, we discuss the differences between amphetamine and methamphetamine including chemical makeup, effects, and other important distinctions.

You might have heard the word “amphetamine” and assumed whoever you heard the word from was talking about meth. This mix up is a perfectly understandable mistake as the names are very similar. However, amphetamines aren’t specifically meth – they’re more like meth’s parent.

However, according to the Drug and Alcohol Services South Australia, amphetamines have a stimulating effect on the central nervous system and become highly addictive.

Even though people can legally obtain a prescription for it, amphetamines are still dangerous.

Amphetamines provide a boost of energy to the central nervous system. Most legal forms are administered as pills and taken orally.

Otherwise, when misusing illicit versions of the drug, people may snort or inject it. It can also come in the form of powder, paste, liquid, pills, or crystals.

The now-energetic central nervous system eliminates the feeling of anxiety or lack of motivation so that the user can be more focused.

Drug or alcohol use at a young age affects not only the physicality of someone but also their mental development.

According to the National Institute on Drug Abuse, when anyone, especially teens, starts to use drugs, three major brain areas are impacted the most.

When the drug affects these parts of the brain, both short- and long-term effects take place. Some of these effects depend on how the body initially reacts to the drug. Mostly, it depends on how much and how long the drugs have been consumed.

The Effects of Amphetamines

Furthermore, it can damage nerve cells, causing strokes, cardiovascular collapse, and even death.

Even though people get them through their doctor, amphetamines still come with a risk of overdose. Amphetamine overdoses occur, just like any other drug, usually contingent on dosage strength and usage consistency.

Whether the signs and symptoms of amphetamine usage present themselves or not, overdosing can happen to young adults and youths because their brains and body are still developing.

Symptoms of an amphetamine overdose:

To prevent or treat amphetamine overdoses, experts administrate urine and blood screens to determine the level of amphetamine still in the body.

Once testing is finished, and a diagnosis is determined, different treatment methods can eliminate overdose symptoms. This often involves medicinal methods to treat overdoses.

Medication is used to treat:

its own dangers. Meth is known as an extremely addictive and powerful stimulant. Similar to amphetamines, the drug affects the central nervous system.

Other similarities between the two include the effects they give a user and how the central nervous system becomes more active.

Methamphetamines were created and introduced in Japan in the early 1900s, during World War II, after amphetamines came into existence in the 1800s in Germany.

Meth was used by soldiers and eventually trickled into being a part of prescriptions for a wide variety of medical conditions, including depression. 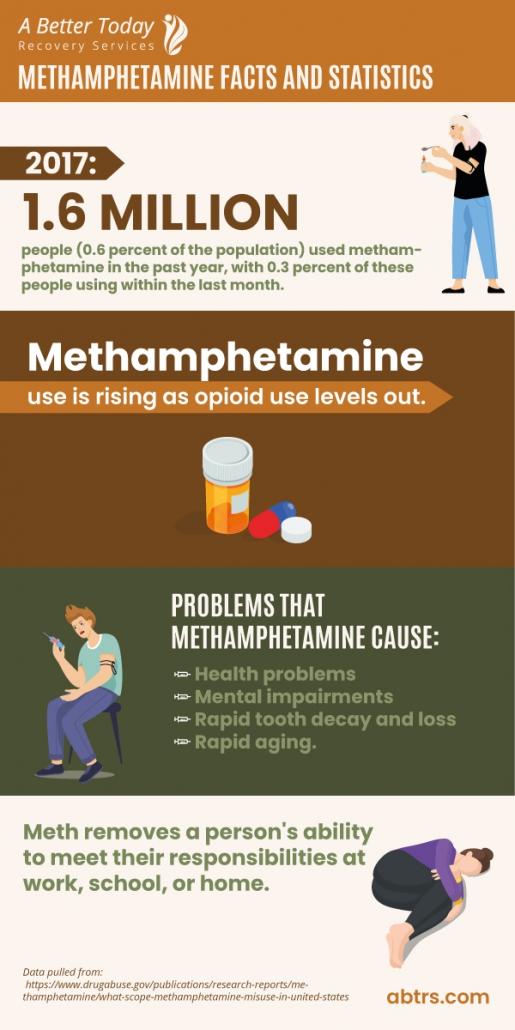 Just like many other drugs, meth has become widespread. This increase in use has led to an epidemic across the country because it has become more available, and it’s so potent. This epidemic impacted all socioeconomic classes in the United States.

In response to increasing drug use, the U.S. government added meth as a Schedule II drug. Using or possessing meth now comes with a prison term of up to 15 years and a fine of up to $250,000.

Meth is commonly created in makeshift laboratories because it doesn’t require very many materials to convert the powdered meth into crystal form. Once the conversion becomes complete, the finished meth product resembles glass, earning the name “crystal meth.”

Meth is also pressed into pill form to make it more concealable. Methyl enedioxy- methamphetamine (known as ecstasy) has been in existence since the early 1900s.

It became popular in the party circuit throughout Europe and the United States. Over time, the drug has been either sold as straight ecstasy or mixed with substances such as fentanyl for a higher dose and reaction.

The Effects of Methamphetamine

Meth is well-known for how it affects physical appearances. You can never tell what damage a person is suffering within themselves, but meth use is obvious.

A common physical effect of meth is teeth loss. This is so widespread amongst meth users that characters in TV shows and movies who use meth are depicted with teeth that look like broken piano keys.

One of the side effects of meth use is that it causes your mouth to dry up. This encourages the grinding of your teeth, which causes long-lasting damage. You’ll find increasing tooth decay and gum disease that eventually causes your teeth to rot out of your mouth.

More Physical Effects From Meth Use

Another physical effect meth has on the body is skin deterioration. When used long enough, meth discolors the skin by giving it a sickly gray tint. It also thins the skin, making it feel leathery with ulcers and scratch marks all over it.

The care and motivation needed to maintain good hygiene and clothing fade away during meth addiction. A loss of appetite begins to grow, resulting in major weight loss. Anyone battling meth addiction will also begin to have spontaneous sleep cycles and will experience constant paranoia. Knowing what signs to look for will give you an idea of whether a loved one is on meth.

Other signs and symptoms to look for:

Overdosing on meth is still a high possibility for a child or young adult. Many meth overdoses come from making the meth “dirty,” which means the substance itself was mixed with something else to either cut it (lower the product’s purity) or boost the high for the user. However, it is hazardous, especially when you don’t know how your body will react to a substance you’ve never taken and probably haven’t even seen or heard of before.

Moreover, meth overdose treatment is strictly for medical professionals to handle. Doctors will take the proper procedures of giving necessary fluids through an IV to flush out and balance the bloodstream and anywhere else affected. They will also keep close watch of a user’s heart rate and provide medication to slow the heart rate, anxiety, and blood pressure if necessary. If you see any of these signs or symptoms, you could be witnessing an overdose, and a medical professional must be contacted.

Signs of a meth overdose:

Knowing the Difference is Important

Knowing the difference between amphetamine and methamphetamine is helpful for anyone who might have either impacting their life. When you suspect someone close to you is abusing drugs, it’s immensely helpful to gain as much knowledge about the potential drug they’re using as possible.

If you or anyone you care for struggles with amphetamine or methamphetamine addiction, help is available. Call us at 1-888-906-0952 to get valuable information on starting the journey to recovery today. 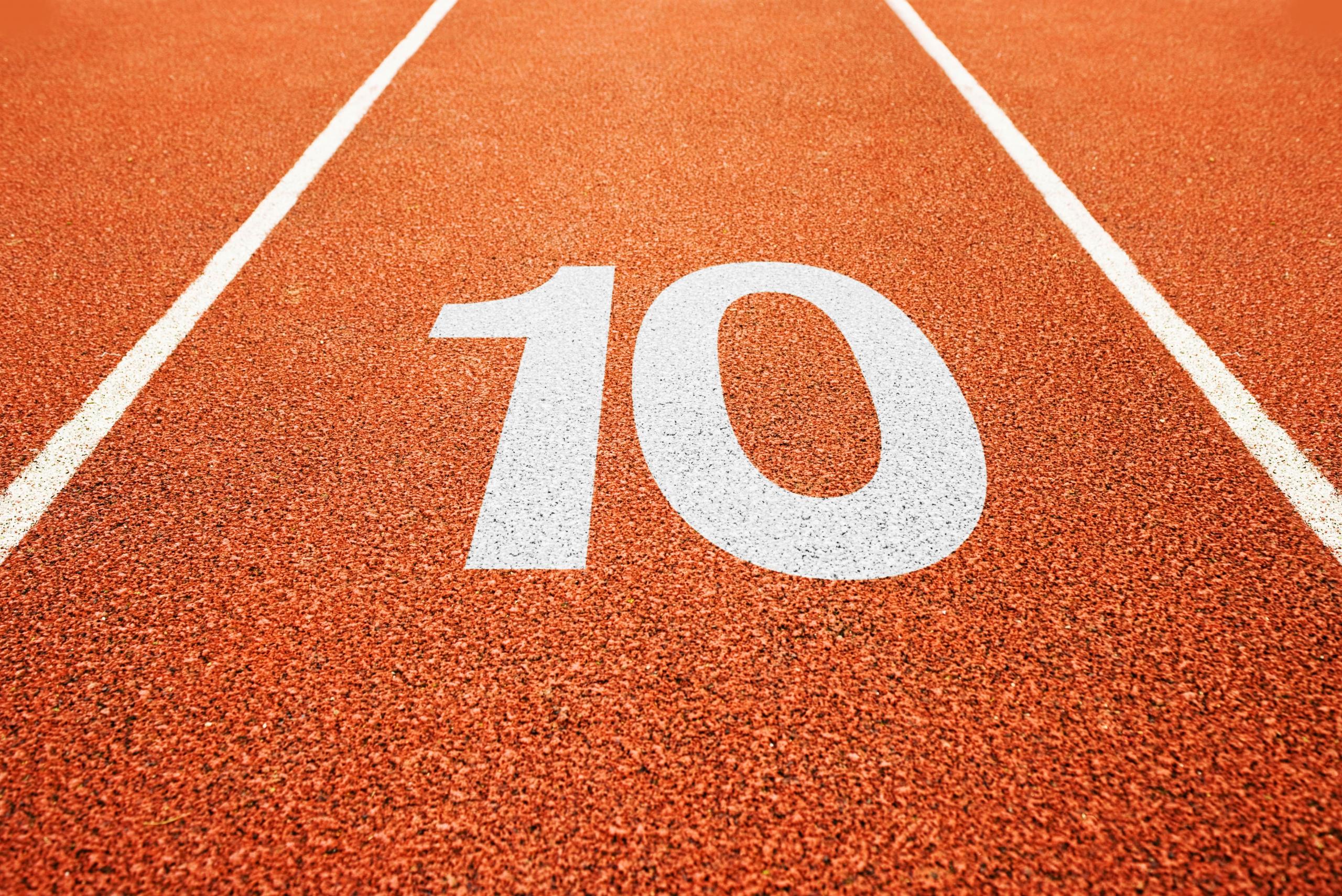 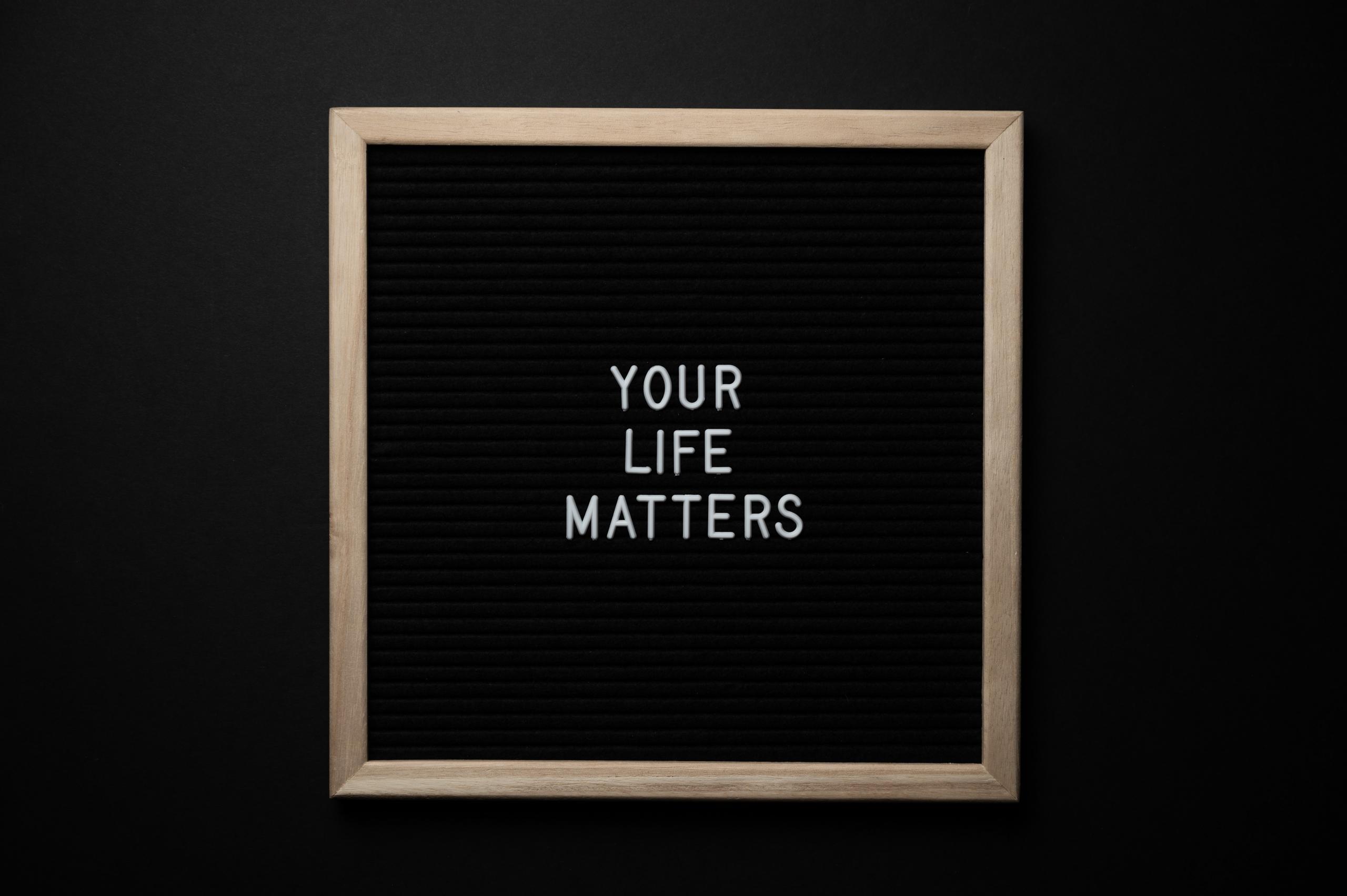