Is it Okay for Alcoholics to Try Drinking in Moderation?

Can an alcoholic drink in moderation? The truth is that if you know you have a problem, drinking is never in the best interest of a recovering alcoholic. In this guide, we explain why.

Understanding The Gravity of Alcoholism

A person with alcohol dependence cannot stop drinking once they start, and when they do stop, withdrawal symptoms occur.

These symptoms can include several effects, typically nausea, sweating, restlessness, irritability, tremors, hallucinations, and convulsions. While some symptoms are more alarming than others, each results from how alcohol impacts the body, including the brain.

No matter the substance, addiction itself changes the brain. When one ingests a drug or alcohol, the brain releases a chemical called dopamine. Dopamine is what gives people feelings of happiness and satisfaction.

However, the release of dopamine from drugs and alcohol can change the brain’s functioning. The feeling of pleasure is how the brain reinforces healthy behaviors like eating, socializing, and sex.

But when this pleasurable feeling comes from something unhealthy, like drugs and alcohol, it creates an unhealthy behavior.

The brain begins to crave drugs and alcohol, relying on them for dopamine releases. Those with an addiction to drugs and alcohol often have trouble releasing dopamine in their brain without the substance or substances they abuse.

These bodily mechanisms are where withdrawal symptoms come from; the brain reacts to a lack of the substance it craves.

Why Treatment Tells You to Never Drink Again

In treatment for alcoholism, most programs have taken the stance that abstinence and persistence are best. The National Institute on Alcohol Abuse and Alcoholism describes overcoming alcohol use disorder as an ongoing process – to which many former alcoholics agree.

Recovery is never over; it is an everyday occurrence to choose one’s sobriety, despite temptation. However, there are times when a person may make a mistake or choose to go back to alcohol.

In treating alcoholism, the National Institute of Alcohol Abuse and Alcoholism states that alcohol use disorder is a chronic relapsing disease.

A chronic relapsing disease means that relapse is common with alcohol. A person is rarely treated for alcoholism only once, and that treatment is somehow a cure. This phenomenon is why so many treatment programs and centers advocate for persistent and total abstinence – to avoid as many relapses as possible.

True alcoholics cannot just have one drink and stop. In many cases, this one drink leads to relapse or binge drinking.

As with any treatment for an addiction, relapse is something to avoid, but something that does happen. Relapse is common; however, it can be dangerous. So in general, it is good to avoid a relapse. This is why many treatment centers and programs utilize behavioral therapies.

These forms of therapy seek to develop the skills one needs to stop drinking, build a strong support system, create and set attainable goals, and cope with triggers that may lead to relapse.

As the title suggests, behavioral therapy changes a person’s behavior, helping them make healthier habits. However, healthy habits can be undone if unhealthy habits return, which is another reason why most treatment for alcoholism follows an abstinence-based model.

This belief is largely due to Alcoholics Anonymous, which has dominated research and treatment for alcoholism for decades. The 12-step program is still widely used and based on complete abstinence, believing that little or moderate drinking after AA is dangerous.

However, as more research is done and more approaches are taken, new methods for treating alcohol abuse are created, including the moderation management program.

Unlike AA, moderation management is a model that believes an individual can drink again – just in moderation. However, this ultimately comes down to the person: why they drink, how much they drink, and how long they have been in their drinking pattern.

In cases like this, one would be able to drink again occasionally. This is after going through 30 days of abstinence where – like AA or other treatment programs – these individuals learn to identify and cope with triggers and create new, healthier habits.

Once this is done, they may return to drinking with newfound abilities for controlling the habit. However, these individuals are not alcoholics.

Can an Alcoholic Ever Drink Again?

Truthfully, an alcoholic should not drink again, even in moderation.  Those who do well with alcohol moderation management are typically light drinkers who have not developed alcohol use disorder.

Within this model, people without addiction can be taught to change their drinking habits.

However, a person with an addiction – who cannot control their drinking and is dependent on alcohol – should not attempt moderation; instead, they should strive for abstinence.

If heavy drinkers and those with alcohol use disorder attempt moderate drinking, they may experience several effects, including withdrawal symptoms and loss of control.

Alcoholism is a serious disease. It has many adverse side effects on a person’s body, emotional well-being, and social life.

During treatment for alcohol use disorder, one has to heal each of these: their physical health, emotional state and behaviors, and relationships. So much work goes into each category: becoming sober and potentially suffering through temporary withdrawal, identifying and acknowledging why one drinks, and repairing relationships that may have been harmed.

While the idea of one drink can seem tempting and potentially harmless, it can undo all the work one does while in recovery.

One drink is not worth letting that work go to waste. Although people make mistakes and relapses do happen, you should try to avoid falling into a relapse at all costs. Abstinence should be one’s goal.

Treatment for Alcoholism is Available in AZ

An addiction can be hard to overcome, especially addiction to alcohol. A person who becomes dependent on alcohol changes their brain, rewiring it for addictive behavior.

From this, most treatment for alcoholism follows an abstinence-based model, hoping to avoid as many relapses as possible.

But, if one feels comfortable with their relationship with alcohol after becoming sober, they may ask: “Can alcoholics drink” or “how much can an alcoholic safely drink?” The best and safest answer is no. 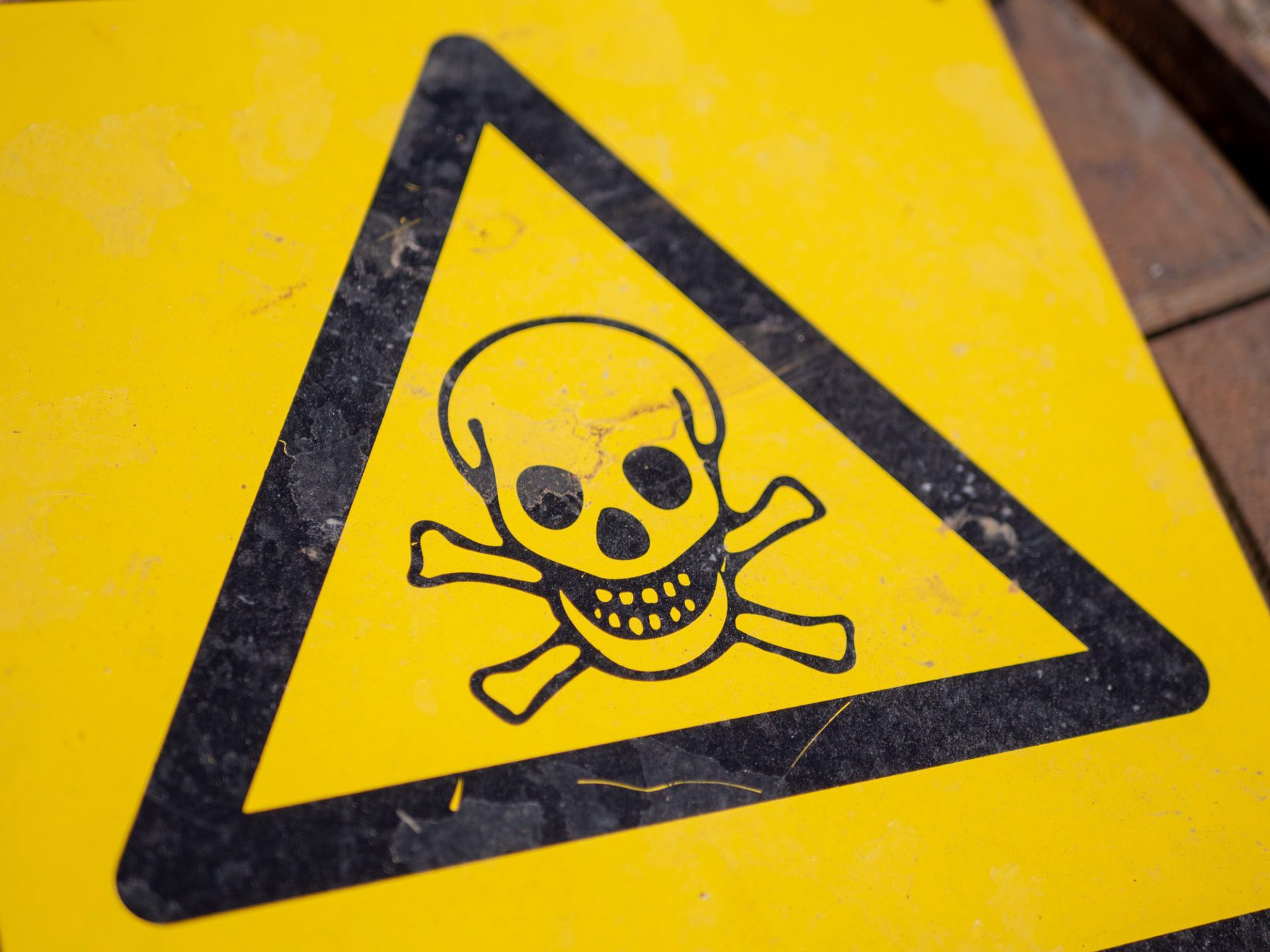 Reading Time: 4 minutes Since the U.S. has been in the grips of an opioid crisis, many different things have come to light. People talk about how prescription opioids

When Interventions Fail: What do you do?

Reading Time: 5 minutes When you hold interventions for a loved one who is addicted to alcohol and drugs, you are of the belief that they will be convinced 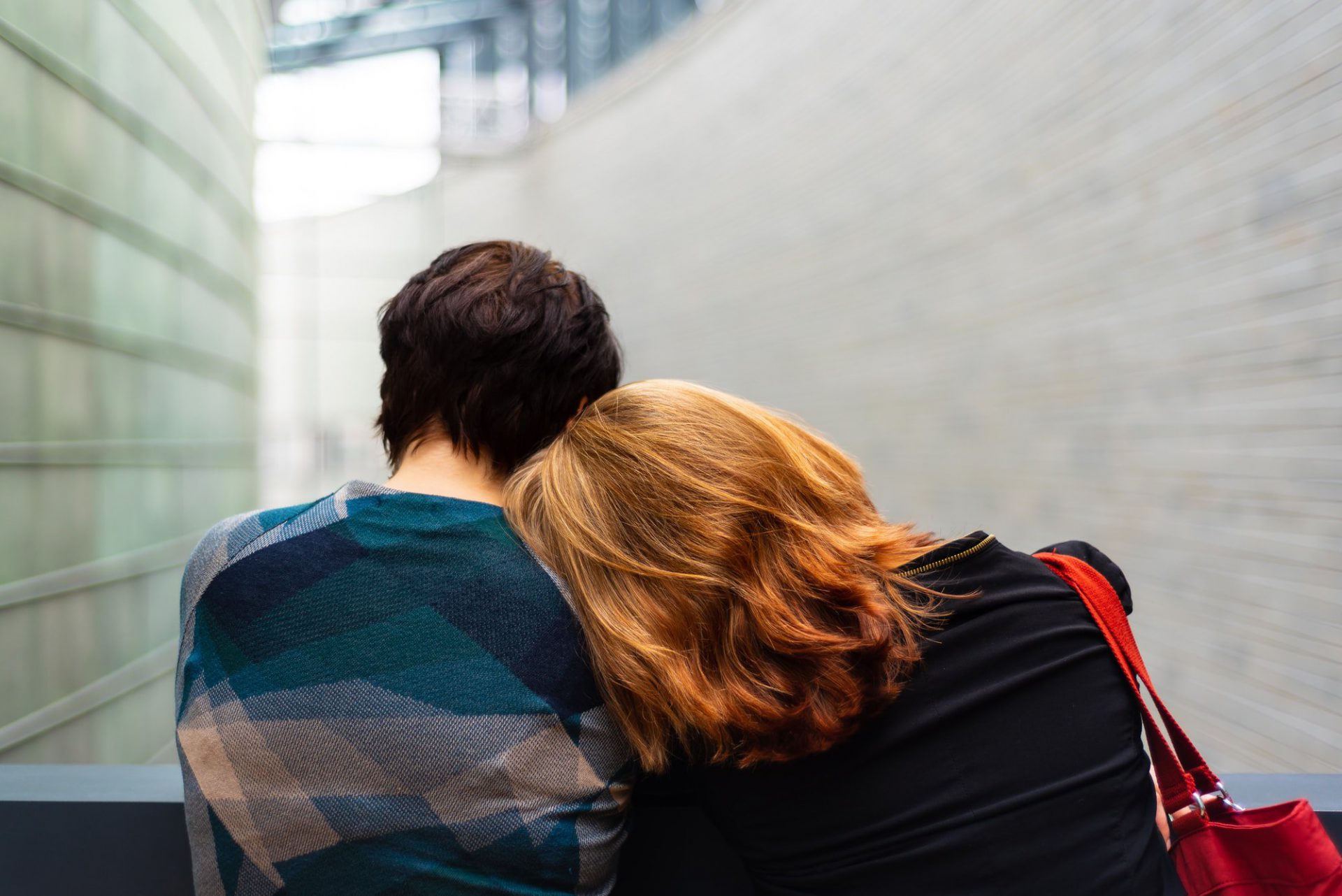 4 Steps to Discovering How Much Your Insurance covers

Reading Time: 4 minutes If you’ve decided to enter a treatment center, you need to understand what type of addiction coverage your insurance provides. Learn how to find out. 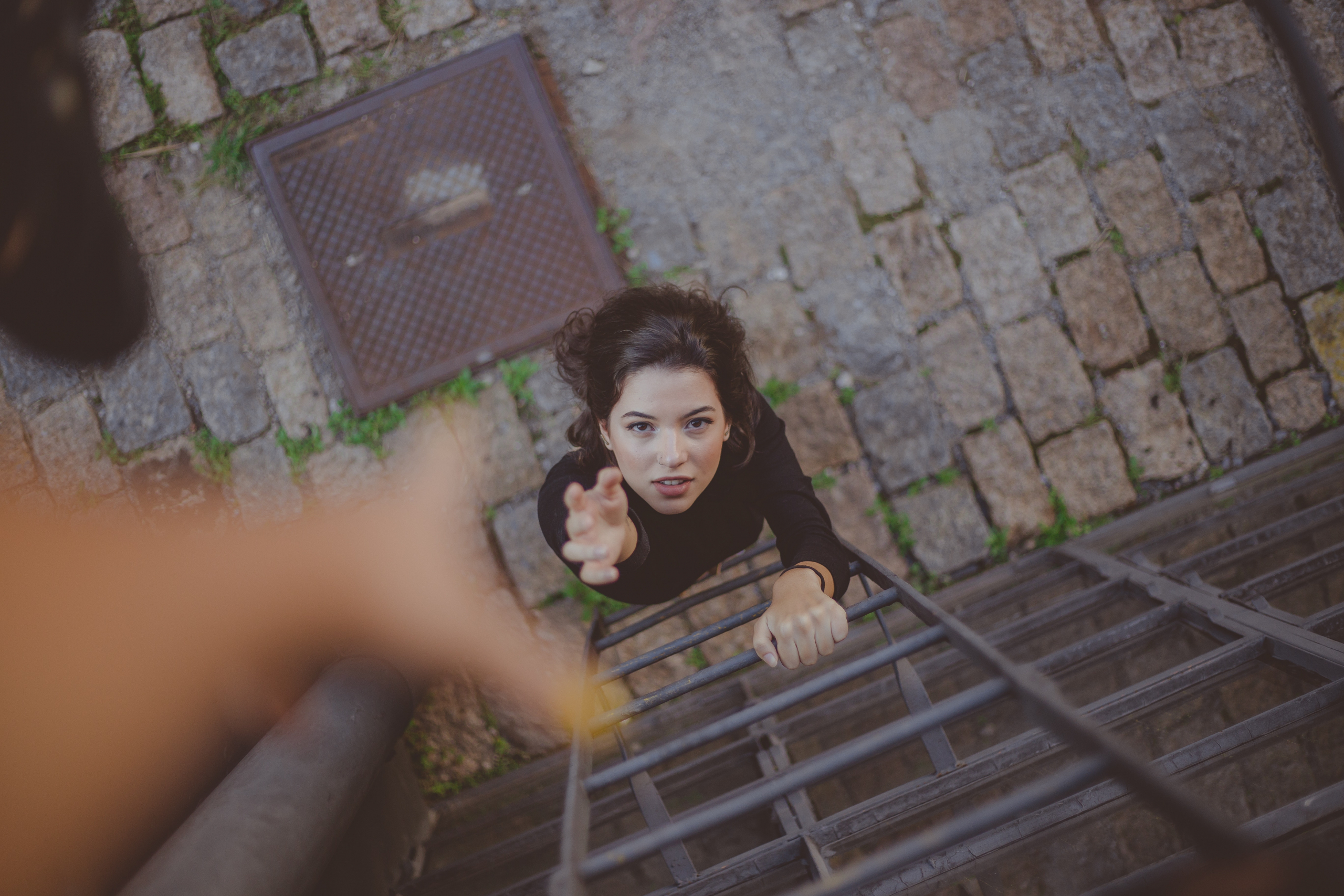 Have an Addicted Loved One? Here’s How to Seek Help [For You]

Reading Time: 5 minutes Often, addiction is looked upon as a personal disease: it only affects the person taking the drugs and consuming the alcohol. Families strive to find 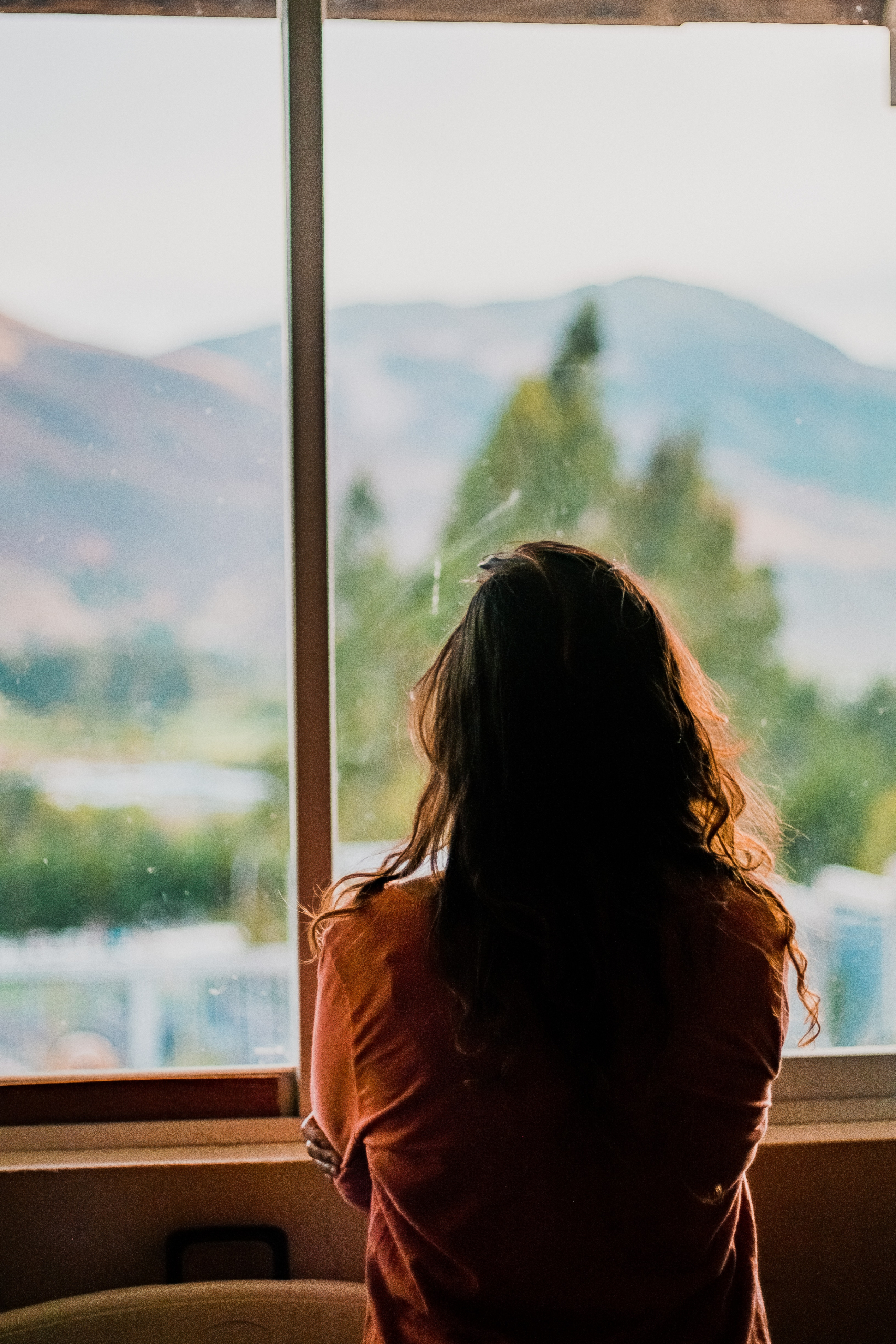 Reading Time: 4 minutes Suicide is a word that strikes fear into the hearts of those who love someone with a substance abuse disorder. But how are the two linked?

Leaving Rehab Early [What You Need to Know]
Scroll to top