Are Addiction and Dependence the Same? [Guide]

Addiction vs. Dependence: What’s in a Word?

When looking to understand the difference between addiction and dependence, it is not surprising popular media gives misinformation about addiction. An important, specific area of this misinformation is how language is used when describing topics related to addiction. If you have ever engaged in social media discussions about addiction, you have probably gotten stuck in a world of confusion as many different people argue over terminology definitions, including addiction, dependence, abuse, misuse, habit-forming, recreational use, medicinal use, and so on. In discussions such as these, one of the most important and commonly confusing differences in definitions is addiction and independence.

In this guide, we discuss the differences.

The Importance of Understanding the Difference Between Addiction and Dependence

Individuals can depend on drugs for various reasons, often medical, without being addicted to that drug. As you move forward, determining whether you are addicted or dependent on a drug is extremely important to your well-being. The potential risks you face may be very different. What you may need to do to become whole again might be very different. We are here to help you work through the confusion and find the appropriate help you need.

In short, yes. Addiction, a compulsive drug use despite harmful consequences, is characterized specifically by an inability to stop using a drug, failure to meet work, social, or family obligations, and sometimes, tolerance and withdrawal.

Tolerance and withdrawal speak directly to dependence where the body adapts to the drug, requiring more of it to achieve a certain effect (tolerance) and having drug-specific physical or mental symptoms if drug use is abruptly stopped (withdrawal). Although you may be saying right now, this looks the same, but it is actually different.

Physical dependence can happen with the repeated use of many drugs, including many prescription drugs, even if taken as prescribed. For example, a person with severe anxiety may take a drug such as alprazolam (Xanax) prescribed by a medical professional.

However, over time, the body will become dependent upon the alprazolam, and if stopped suddenly, the body will have withdrawal symptoms. Although the individual had dependence, he was not addicted. Therefore, dependence is not itself addiction but often accompanies addiction. For now, medically and in practice, addiction is most often diagnosed and defined as a SUD.

Unfortunately, nowhere is this written specifically, so the terms SUD and addiction use interchangeably. How detrimental this is for recovery and medical purposes is still to be seen.

Fortunately, with a new language of addiction and continued work to bring addiction to the forefront without negative connotation, the difference between dependence and addiction is being sought out professionally and personally by many without the stigma both words carried for decades.

The specific differences between addiction and dependence must be made clear for those suffering from a SUD and those who find themselves dealing with substance dependence.

The Ongoing Defining and Redefining of Addiction and Dependence

The scientific meaning of addiction has a rich and evolving history. Even the people who dedicate their lives to addiction research, responsible for the very medical texts used to diagnose addiction, have not arrived at a clear consensus about which terms should be used.

One of the main medical texts used by mental health professionals to diagnose addiction is the Diagnostic and Statistical Manual of Mental Disorders (DSM), currently in the fifth edition.

In the 1980s, a debate was had over whether to use the term addiction or dependence for the DSM-III. The word dependence was chosen by a margin of only a single vote, only because the addiction was believed to be a word placing immediate disapproval upon the individual. Because of this, substance dependence was used through DSM-IV but dropped in DSM-V. The new language became substance use disorder (SUD).

The most powerful beginning to the new language of addiction had begun, finally working towards the non-alienation of those suffering from SUDs.

However, during this time, the medical world was left with two very different definitions of the word dependence. One definition signified physical dependence indicated by tolerance and withdrawal symptoms. The other signified a more complicated definition combining physical, mental, and social dependence used as another term for addiction.

Today, the definition has been made clear with a clear majority agreement that dependence means physical dependence as indicated by tolerance and withdrawal symptoms.

This can occur after repeated substance use, where continued substance use is needed to prevent withdrawal symptoms. Therefore, dependence does not equal addiction but can be one feature of addiction.

Here’s What You Need to Know About Dependence

Drug dependence occurs when you need one or more drugs to function. Addiction can occur without being dependent on a drug and is characterized by using drugs despite the consequences, unable to stop using the drugs, and neglecting professional and personal obligations because of this drug use. You can be dependent upon a drug without being addicted. Dependence can be a bodily response to a substance. This often occurs if you rely on any type of medication to control a chronic medical condition such as:

The National Institute on Drug Abuse estimates 22.7 million Americans alone need help treating a drug or alcohol problem. In some cases, people may take prescription medication for pain or other medical conditions. Sometimes, this kind of use can develop into a SUD (addiction). Some known triggers for SUDs are having a family history of addiction-genetic, living in an environment where illegal drugs are often used and easy to access, a history of anxiety and depression, or other mental health conditions.

Drug users typically pass through different stages on the way to drug dependence. Medically, a common way to track these changes is through the stages of the Jellinek Curve, which includes occasional use, dependence, disorder, and rehabilitation, and are important to the continued understanding of the differences between dependence and addiction.

You can often determine if an addiction has turned into dependence by looking at an individual’s behavior. When a person addicted to drugs has not had them for a while, a physical reaction may happen. Physical symptoms of withdrawal occur when the body becomes stressed without the drug. These symptoms include the following:

Can Dependence Escalate to Addiction?

Yes, it most certainly can. When a dependence escalates to addiction, treatment becomes a bit more complicated. You must stop using the drug, but cold turkey may have severe physical symptoms.

Getting the help of a medical provider to rid your body of the substance may be your best bet. Inpatient or outpatient treatment are good choices. However, your choice is dependent on your needs as an individual and your professional and personal obligation.

Substances that mimic the effects of illegal drugs may help reduce withdrawal symptoms during treatment in those instances. Detox programs use a combination of therapy and medical treatment to ease dependence and treat the disorder.

Ongoing therapy sessions and 12-step programs can be of great help after graduating from a treatment program. Extreme cases of intoxication, withdrawal, or overdose may need emergency treatment from healthcare professionals before addiction dependence can be treated.

The Conversation Goes On

As we move forward, the new language of addiction will continue to play a critical role in how people view those suffering from SUDs and those with a dependence on a drug.

Until now, most see no distinction, so the intolerance and stigma have hindered individuals from getting help for either situation.

Hopefully, as we move forward in a new direction with a clearer understanding of the differences, we can have the realization dependence is not a choice but a physical issue, understand addiction is not always a choice but a genetic disposition and most definitely a disease, and the bottom line that both sides need compassion and help.

With this, we can all work together to help improve the lives of those around us. Our communities deserve to be healthier and happier, and until we work together, this will not happen.

Seeking Help for Addiction and Dependence

If you’re at the point where you feel as if your dependence on a prescribed drug is becoming problematic, you’re going to want to reach out for help.

You can do so by calling us at 1(888) 906-0952. There’s no obligation to come into treatment. You can call if you have questions about the treatment process for someone in your shoes.

Judith Raschka began the process of recovery from addiction in 2014. She’s lost both of her sons, one to addiction and another to serving his country. Because she knows the pain of addiction so well, she hopes her writing and personal experience will bring forth lifesaving information for those struggling. Judith has been a tutor and holds a Bachelor of Science in Hospitality Management. Her faith and trust in God are what have brought her this far in recovery. 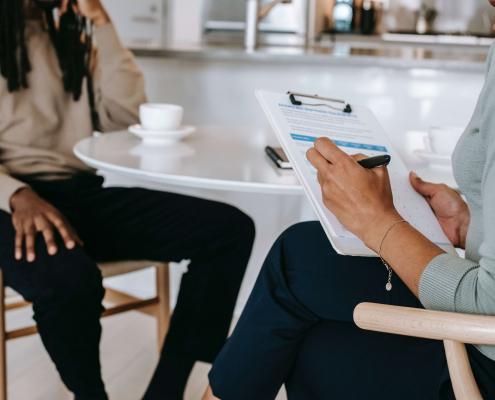 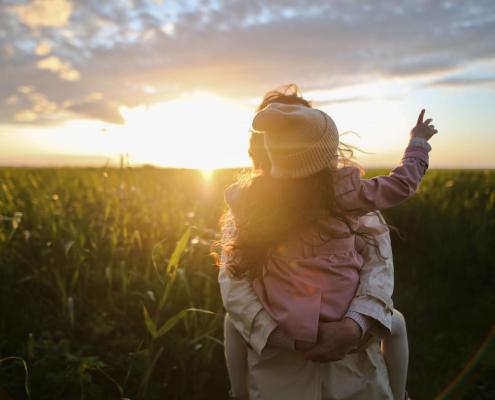 Coming to terms with if you need help for addiction or dependence is a confusing process. However, the more time goes by without you reaching out to professionals who can guide you, the longer you’ll stay stuck where you are. It’s obvious that since you’re searching, you’re noticing negative effects in your life. This doesn’t have to be forever. Call us today! We have helped men and women all over the country overcome their struggle and get their life back in order.

Talking About Addiction With Someone Who Doesn’t Understand Addiction

The Guide to Study Drug Addiction
Scroll to top